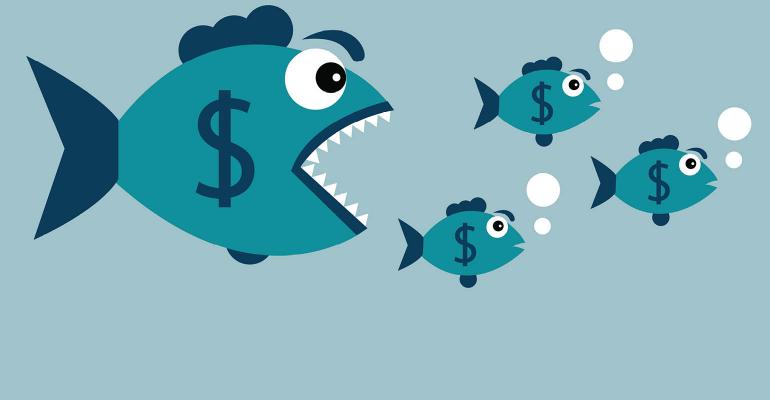 Brookfield will acquire a 62 percent stake in the distressed debt specialist for about $4.7 billion.

(Bloomberg)—Brookfield Asset Management agreed to buy a majority stake in Oaktree Capital, a combination that would create one of the world’s largest alternative money managers.

Brookfield will acquire a 62 percent stake in Oaktree in a cash and stock deal worth roughly $4.7 billion, the companies said Wednesday in a statement.

As the private equity industry gathers near record sums of assets, institutional investors aim to make big allocations to fewer firms with a wide range of products. Today’s deal creates such a one-stop-shop: it bolsters the credit business of Brookfield, which has traditionally focused on real estate, and provides Oaktree, a specialist in distressed debt, exposure to assets that thrive outside turbulent economic times.

“We had difficulty, up until now, meeting the strict terms of some of those mandates,” Brookfield Chief Executive Officer Bruce Flatt said in a phone interview. “Very few firms in the world are able to do that.”

Oaktree co-Chairman Howard Marks said in the interview that the two firms mesh “culturally and in terms of product lines without competing and overlapping.”

Brookfield, which approached Oaktree in October, will acquire shares of the Los Angeles-based firm for $49 in cash or 1.077 Brookfield shares, a 12.4 percent premium as of March 12.

In the past year the firm acquired mall owner GGP Inc. for $13 billion, Forest City Realty Trust for $6.7 billion and a power-solutions business from Johnson Controls for $13.2 billion.

Shares of Brookfield have been a stellar performer for decades, posting a 21 percent annual return since 2009, double the gain of the S&P/TSX Composite Index, Canada’s main equity gauge.

Marks, Bruce Karsh and other partners founded Los Angeles-based Oaktree in 1995. The firm managed $120 billion in distressed debt, private equity holdings, real estate, infrastructure and other equity assets as of Dec. 31. It has returned 78 percent since its initial public offering.

“We could see more M&A across the sector as aging founders of alternative managers seek a liquidity event and money managers bolster capabilities in alternatives,” Morgan Stanley analysts led by Michael Cyprys said in a note to clients. “This could increase investor perception of strategic value across the sector.”

The firms together will have about $475 billion of assets under management, according to today’s statement. Blackstone Group had $472 billion at year-end, according to its earnings release.

“Oaktree has been feeling the pain of the prolonged tight credit-spread environment, which forced it to remain a net seller, causing its assets to flatline.”-- Paul Gulberg, analyst

Under the terms of the deal, Brookfield could take over full ownership of Oaktree by 2029. The companies will continue to operate independently, with each keeping its brand and led by existing management. Marks, 72, will join Brookfield’s board.