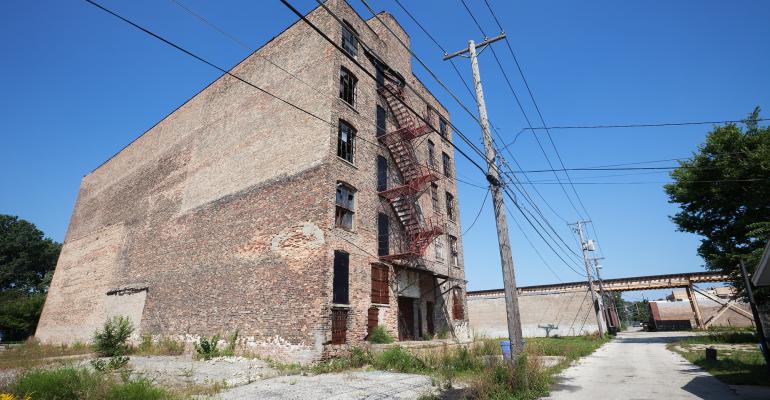 The centerpiece of the group’s effort will be a large redevelopment on Chicago’s South Side known as Burnham Lakefront.

(Bloomberg) -- A pair of Chicago real estate partners is betting some of the best deals to take advantage of new tax breaks for investing in low-income parts of the U.S. will be found in the Heartland.

Scott Goodman, one of the developers behind the revitalization of Chicago’s West Side, and real estate firm Clayco announced on Thursday that their venture, Decennial Group, is seeking to raise $1 billion to invest in developments in some of the nation’s 8,700 newly created “opportunity zones.”

“What we love so much about this is it’s attracting capital to areas we want to develop,” said Goodman, the founding principal of Farpoint Development. “They’re areas where jobs are needed and where the basis is such that we can create value.”

The centerpiece of the group’s effort will be a large redevelopment on Chicago’s South Side known as Burnham Lakefront. But the partners are also targeting projects in cities such as Birmingham, Alabama; Austin; and St. Louis, where they have a mixed-use project that Housing and Urban Development Secretary Ben Carson visited last week to promote opportunity zones. In total, the partners said they’re evaluating about 250 deals worth about $20 billion.

Real estate firms have been rushing to tie up sites in low-income areas to take advantage of some of the 2017 federal tax overhaul’s biggest investment incentives. The breaks are meant to steer money to parts of the country that have long been starved for capital, creating jobs and economic growth. Critics have said that some zones -- from fast-changing parts of Brooklyn to the entirety of downtown Portland, Oregon -- may have seen investment anyway.

This month, the U.S. Treasury Department is expected to release its latest round of regulations on opportunity zones, which investors hope will address lingering concerns about how to qualify for the breaks. To help wade through the regulatory complexity, Decennial hired Steve Glickman, a former Obama Administration official who helped design the incentives, as a senior adviser.

Should the regulations turn out favorable for investors, it could unleash a gusher of cash. Already, several firms -- from affordable housing developers to giant real estate private equity firms -- have been lining up deals and talking with potential backers for their projects. Goldman Sachs Group Inc. has jumped in, too, funding projects in New York and Baltimore.

One way Decennial plans to differentiate itself is by bringing investment management and construction under one roof. Prior to starting Farpoint, Goodman founded Sterling Bay, which developed much of Chicago’s West Side including Google’s Midwest headquarters. Clayco is one of the largest closely held real estate, architecture, engineering and construction firms in the country, with more than 2,000 employees.

“Our competitors are mostly fundraisers or investment managers,” said Bob Clark, the founder and chief executive officer of Clayco. “The real major difference here is the integration -- the fact that we can underwrite deals right at the construction level.”

The venture also plans to include renewable energy, where feasible, in its projects. Having solar or other clean power onsite could help the developments stay relevant over the 10 years that are required to claim the full opportunity zone tax breaks, said Goodman. The strategy will also allow Decennial to tap into additional financing sources and incentives.

Having the support of officials and community groups will be important as investors pursue projects in these low-income areas, said Glickman, who now runs Develop, an opportunity zone consulting firm.

“Both Bob and Scott have done that” through their careers, he added. “We know that for the projects to be successful, there’s got to be a lot of buy-in.”