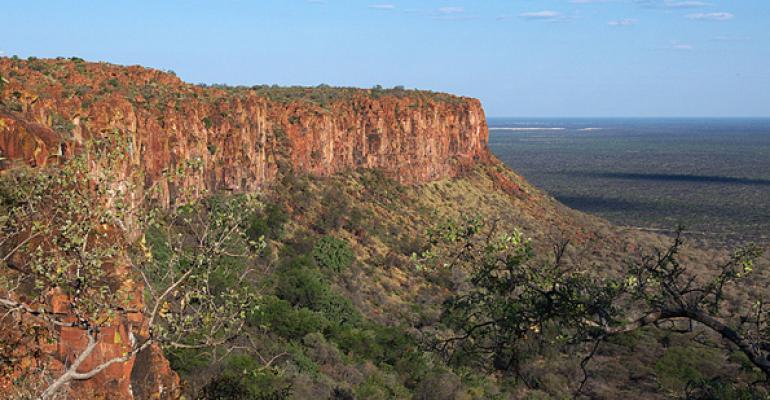 Is CMBS Heading For a Plateau?

Widening spreads, a competitive lending market and looming regulatory changes in 2016 may take some of the wind out of the sails of new CMBS issuance.

The CMBS market has certainly staged an impressive comeback in the aftermath of the recession. Since posting a paltry $2.7 billion in U.S. issuance in 2009, the market has been following a steady upward trajectory over the past half a dozen years. Lenders issued $94 billion in new loans last year and the expectation is that 2015 issuance will top $100 billion. Yet that upward momentum may be stalling out amid some formidable headwinds.

CMBS lending is nowhere near the record levels that were recorded in 2006 and 2007 when issuance hit $198.4 billion and $228.6 billion respectively, according to Commercial Mortgage Alert, an industry newsletter. CMBS lenders are operating in a new, post-financial crisis environment where the “new norm” for activity is much lower. The wave of maturities is likely to provide an added boost to issuance in 2016 and 2017, but it might not be nearly the surge that many had anticipated.

A large number of the 2006 and 2007 loan maturities have already been resolved. The current forecast from research firm Trepp LLC calls for $111 billion in loan maturities in 2016 and $116.4 billion in 2017, followed by a sharp drop to $21.2 billion in 2018. Given that pipeline, the market may be rapidly approaching a plateau for new issuance.

“We expect the next two months to be very, very busy as people look to continue to lock in low rates and finish their refinancing this year. But certainly at some point over the next 12 months you will see issuance start to level off as that big block of 2006 and 2007 loans have been cleared,” says Manus Clancy, senior managing director at Trepp.

The slowing momentum is not welcome news to the crowded field of CMBS lenders. There are 30-plus lenders vying for about $100 billion in loans. “There is just not enough business to go around,” says Dan Rosenberg, a partner and managing director, capital markets, at real estate capital services firm Cohen Financial in Chicago. Although that competition has not resulted in any deterioration in loan underwriting standards, lenders are looking for any edge over the competition that they can find, he adds.

Widening spreads continue to be a hot topic. The spread on BBB- loans has increased by about 140 basis points, jumping from Swap + 440 in August to Swap + 600 as of mid-November. Ultimately, those wider spreads translate into higher costs for borrowers. Rates on CMBS loans for borrowers are up about 50 to 75 basis points since earlier this spring, from 4.25 to between 4.75 and 5.00 percent.

“There is plenty of liquidity in the market, which is good, it’s just a higher cost of capital,” says Rosenberg. So the CMBS market has ample capital to deal with the wave of maturities ahead. The bigger issue is on the acquisition front.

“It is so competitive that you have to price a deal to perfection to be awarded the transaction,” he says.

That can be a problem if something unforeseen happens during the due diligence process. In addition, interest rates are expected to start moving higher. “So I think you are going to see a period of buyer and seller recalibration,” he adds.

Some rating agencies have voiced concerns that underwriting standards have slipped. Higher loan-to-value ratios (LTVs) are being underwritten with lower quality tenants and lower debt service coverage ratios, as well as more interest-only loans. That has sparked speculation that some of the overly aggressive lending behavior that was evident in the market in 2005, 2006 and 2007 is now starting to resurface.

“Statistically, there has been an uptick in LTV and lower debt service coverage ratios,” says Clancy. “But it doesn’t feel to us like 2007 all over again with an incredibly skinny level of equity being put into deals.”

“People are not sure how that is going to shake out, whether that will create an additional cost that also gets passed on to the borrower, or whether it knocks some of the smaller lenders out of the business,” says Rosenberg. “There are just a bunch of unknowns that are going to be coming into play next year.” 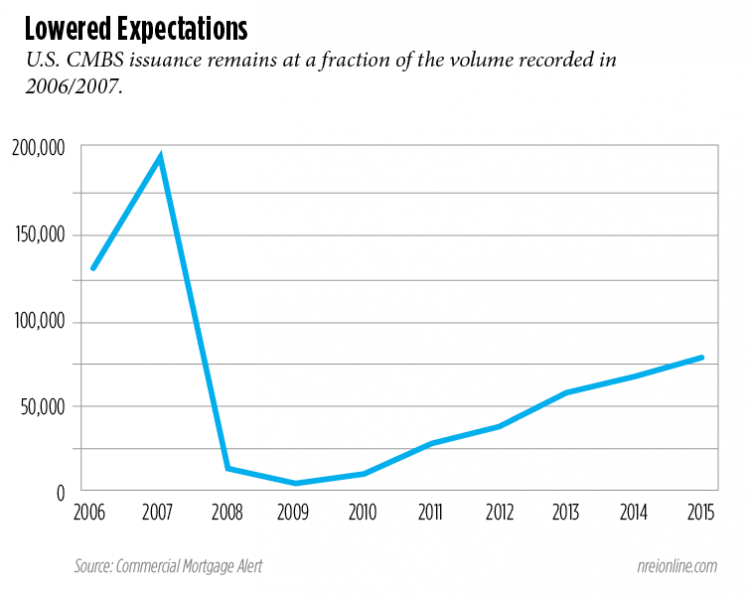