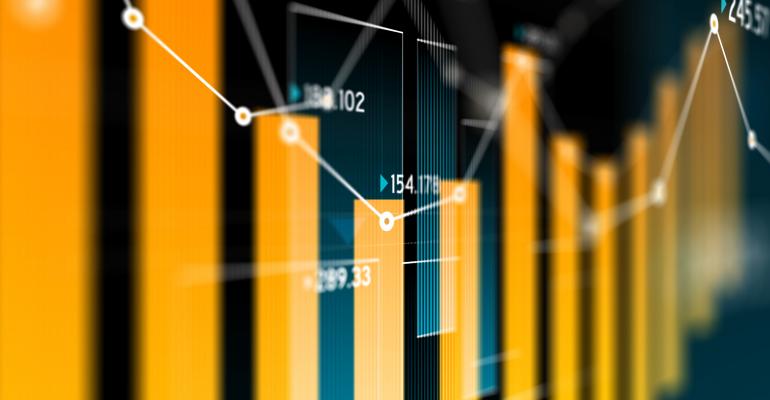 Commercial Real Estate Deal Volume Up, But Headwinds Are Blowing

Volume for the quarter, which reached $107 billion, was down 14 percent from the previous three months.

(Bloomberg)—The value of U.S. commercial-property deals rose 6.7 percent in the first quarter from a year earlier, but higher interest rates and softer demand for office and retail real estate will weigh on the market in quarters to come, Ten-X Commercial said.

“Heavy supply is looming in the apartment, hotel and industrial sectors, while technological innovation is crimping demand for both office and retail space,” the real estate transaction platform said in a report that looks at data going back more than a decade. Volume for the quarter, which reached $107 billion, was down 14 percent from the previous three months -- though companies often rush to close deals before year-end, making for a big fourth period.

These market pressures come amid broader ones, including expectations of rising borrowing costs, and help explain a meager 0.1 percent gain in commercial-property prices in April from March and a 1.4 percent decline from a year earlier. That’s the first time Ten-X’s pricing measure, which is indexed back to January 2011, is below its year-earlier level.

“Even as some owners continue to demand the high valuations of yesteryear, a fair amount of market participants have recognized the new realities and found enough common ground to get deals done,” Ten-X Chief Economist Peter Muoio said in a statement introducing the report. “Commercial real estate investors are faced with the legitimate concerns of higher costs of capital and tightening lending standards.”

The study, which used data from the research firm Real Capital Analytics Inc., found that declines in deal volume in the apartment, office and retail sectors were too great to be offset by modest gains in the hotel and industrial areas. Demand for warehouses has been high, driven by online shopping, and Ten-X said recent weakness in industrial-property prices may be attributable to “investor concern about shifts in trade policy.”