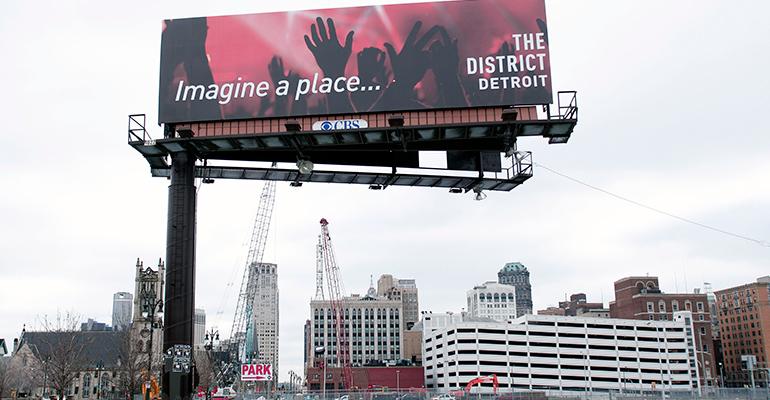 To keep the recovery going, Detroit needs to continue revitalizing neighborhoods left blighted by vacant homes after residents moved out for decades.

(Bloomberg)—Detroit appears poised to emerge from years of state financial oversight, showing the city has made strides toward reversing the long economic and fiscal decline that pushed it into a record-setting bankruptcy.

Michigan’s Financial Review Commission, set up in 2014 to monitor Detroit, will vote Monday on whether to put an end to its oversight of a city that has been under some form of state supervision since 2012. The vote comes after Detroit ran three straight years of budget surpluses, passing a key condition for lifting the supervision.

“It’s kind of like that next big step that helps to hopefully allow us to proceed past the cloud of the bankruptcy a little bit,” said Derek Edwards, senior vice president at Invest Detroit, a nonprofit that provides loans to businesses and development projects. This “makes us really feel like we’re headed in the right direction.”

Detroit has slowly been on the mend since it eliminated $7 billion of debt in bankruptcy, allowing it to arrest a downward spiral that resulted from decades of population loss, declining tax revenue and the disappearance of automobile-industry jobs. With the economy improving, Detroit’s income-tax collections rose 8 percent in 2017, while rising home prices this year lifted the assessed value of property for the first time in at least 17 years.

But to keep the recovery going, Detroit needs to continue revitalizing neighborhoods left blighted by vacant homes after residents moved out for decades. The population fell to 673,000 in 2016, down about 6 percent from 2010, according to data from the U.S. Census bureau, and more than a third of its residents live below the poverty line.

“Nobody says that it’s now time to relax or anything like that,’’ Detroit Chief Financial Officer John Hill said in an interview. “We have to continue this discipline and make sure that it’s a way of life. It’s not something that we did and then is going to go away."

Even if the commission votes to lift oversight, the panel will still continue reviewing the city’s financials because it will be required to formally waive its oversight annually for the next decade, Hill said. Moreover, he has said Detroit may not return to the bond market to issue general-obligation bonds -- which cities routinely sell to fund public works -- until two to three years from now.

Given the losses that investors took in bankruptcy, even that may be optimistic, said Gabe Diederich, portfolio manager for Wells Fargo Asset Management, which oversees about $40 billion of state and local bonds, including what was formerly Detroit water and sewer debt.

“The city continuing on a step ladder toward improvement, that is a very good thing for their citizens and I think investors,” Diederich said.

"But the economic conditions in Detroit, while improved, still don’t convey material strength,” he said. “While the core has gotten better, you still are surrounded by a ring of pretty distressed areas.”

A full recovery for a municipality the size of Detroit may take more than a decade, said James Spiotto, managing director at Chapman Strategic Advisors, which advises on financial restructuring. The city needs to reinvest, focus on economic development and attracting businesses and residents, he said.

Sandy Baruah, president and chief executive officer of the Detroit Regional Chamber, a business group, is optimistic. He said investment has increased because the private sector is “voting with their feet” and checkbooks.

While parts of Detroit are thriving, others are still economically-depressed and crime-ridden, said Luther Keith, executive director of Arise Detroit, a neighborhood community group. There’s still a “significant number” of residents who feel the progress hasn’t come to their block because the improvements aren’t as widespread as they should be, he said.

“We have not recovered,’’ Keith said. “We have not completed the comeback. We are coming back. There are signs of that, but we still have huge, huge issues that we are confronting, but we are moving the needle in the right direction.’’