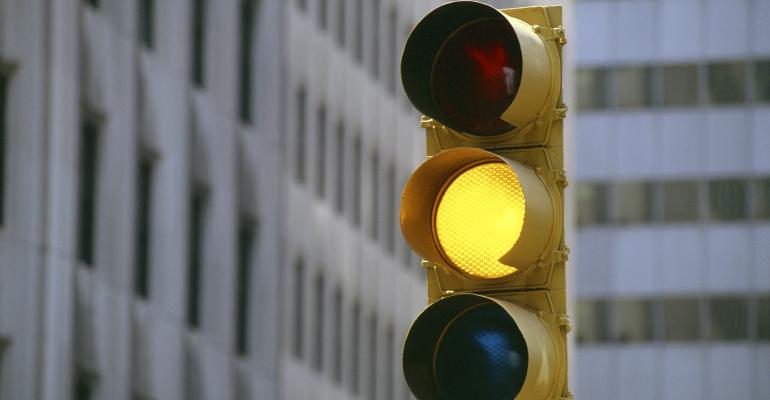 (Bloomberg)—Chinese investors are hitting the pause button on U.S. and other outbound deals as they grapple with the ramifications of a Trump presidency and possible government curbs on overseas acquisitions, according to Fred Hu, a former Greater China chairman for Goldman Sachs Group Inc.

The 53-year-old founder and chairman of Beijing-based investment firm Primavera Capital Group said in an interview in Hong Kong that he and other investors are focusing on industries spurred by consumer demand in China. Primavera has stakes in companies from e-commerce giant Alibaba Group Holding Ltd. to Yum China Holdings Inc., which operates the KFC and Pizza Hut chains there.

Political events overseas this year have brought “shock after shock” and created a “brave new world” that investors are still trying to make sense of, Hu said. Concerns over U.S.-China relations and President-elect Donald Trump’s protectionist stance have put the brakes on a frenetic pace of deals. Chinese firms announced a record $239 billion of foreign acquisitions so far in 2016, more than double last year’s total, data compiled by Bloomberg show.

“For this part of the world, it’s definitely the case that things are on hold now as there’s so much uncertainty,” Hu said. “There’s still appetite, but at this point in time, people are more cautious, with a ‘wait-and-see attitude.’”

With Trump’s election, the U.S. is no longer seen as a reliable benchmark for comparing geographic risk for foreign investments, the former International Monetary Fund economist said.

Bankers and lawyers are already counseling some Chinese clients to hold off on deals until Trump clarifies his stance on cross-border deals for U.S. targets, advisers to Chinese clients said after the election. The president-elect has pledged to label Beijing a currency manipulator and during his presidential campaign, charged that China has taken advantage of the U.S. on trade deals.

Also weighing on investment decisions is the prospect that China’s government will move to stem capital outflow, Hu said. China is planning sweeping curbs on its companies’ overseas acquisitions, including barring most foreign investments of $10 billion or more, people with knowledge of the matter said last month.

Hu, who has advised the central government on financial, pension and state-enterprise reform, said that the measures are aimed at slowing down or stopping some of the “less sensible” deals that are using outbound investment to move capital offshore.

“I don’t think they want to stop outbound investment in itself, which is still a long-term trend,” he said. “In the short term, the new measures will definitely introduce a new dimension of uncertainty. People have to be much more careful.”

Hank Paulson, who led Goldman Sachs for a decade before becoming U.S. Treasury Secretary in 2006, described Hu in his 2015 book, “Dealing with China” as a “brilliant economist” who understood the Chinese economy and its leaders “better than just about anyone I knew.”

Hu was Paulson’s point man in China, playing a pivotal role in the investment bank’s landmark purchase of a stake in Industrial & Commercial Bank of China Ltd. and arranging stock market listings for firms including Bank of China Ltd.

Hu, who earlier this year became chairman of Yum China after Primavera took an almost 5 percent stake in the country’s largest restaurant operator, said there are still opportunities for investing. The centerpiece of Primavera’s investment strategy are consumer demand in China and the country’s emerging middle class, he said. Health care, retail financial services, mobile technology and insurance are other attractive areas, he added.

Primavera has acquired stakes in Cainiao Smart Logistics Network Ltd., the Alibaba-backed logistics company, and Australian vitamin company Vitaco Holdings Ltd., among others this year. Hu and his partners, who have been involved in deals including Geely Automobile Holdings’ acquisition of Volvo Car in 2010, have billions to invest and will “definitely” invest in Europe, he said.

“Our investments are all opportunity-driven,” he said. “We can do much bigger than $1 billion. But if there’s no opportunity that makes sense, we don’t have to invest at all. We can sit through, be patient.”

Primavera’s investment in Yum China, which came just before it was spun off from Yum! Brands Inc. last month, was a vote of confidence in the fast-food giant as it grappled with the aftermath of food safety scandals and Chinese consumers’ shift toward healthy food offerings.

Primavera looked at “many, many companies, most of them local” and concluded that Yum China was in the best position to provide safe, tasty and healthy food for 1.4 billion Chinese, Hu said.

The company has more than 7,000 restaurants and plans to triple that number within the next two decades. KFC outlets in China could offer healthier offerings -- steamed chicken instead of fried, for example -- and use its digital technology and social media to innovate, such as catering to individual customers’ tastes, Hu said.

“Obviously we are not blind -- we are well aware of these challenges,” he said. “We have a plan to bring this to the 21st century. It can be cool, forward-looking, innovative and an entirely different dining experience. This is our aspiration, but we are patient in executing this.”

One factor in Yum China’s favor is that its license of the KFC and Pizza Hut brands from Yum! is for an initial 200 years -- unlike the 20-year franchise license which McDonald’s Corp. is said to be in the final stages of selling. Hu said that a 20-year license is “far too short to do anything meaningful.”

With the tide of rising protectionism around the world and Trump’s election, Hu said that in his conversations with Chinese policymakers, he emphasizes that it is “imperative for China to continue to liberalize and open up.” At the same time, he called for the incoming administration to seek cooperation with China, rather than pick fights with it.

“If you are at war with the second-largest economy in the world, how could you realistically fulfill your promises to your supporters?" he said.