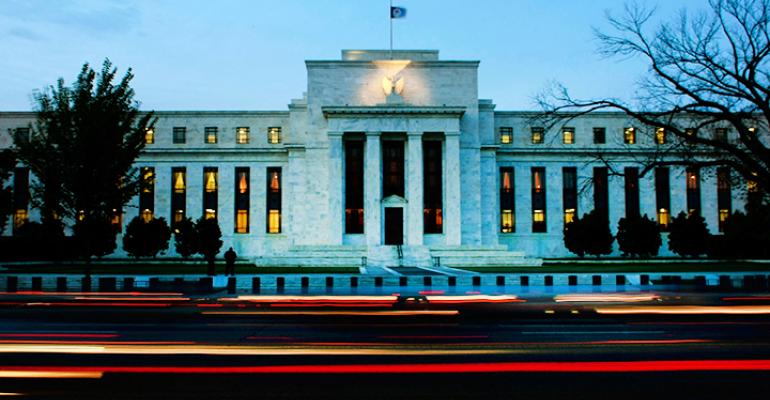 Fed Chairman Jerome Powell is trying to nurture the second longest U.S. expansion on record by slowly reducing the amount of support that monetary policy provides to growth.

Economic activity has been “rising at a strong rate,” and the unemployment rate “has stayed low,” the Federal Open Market Committee said Wednesday in a statement released in Washington. “Household spending and business fixed investment have grown strongly.”

The committee said it expects that “further gradual increases in the target range for the federal funds rate will be consistent with sustained expansion of economic activity, strong labor market conditions, and inflation near the committee’s symmetric 2 percent objective,” repeating language from its June statement.

Stocks and bonds were little changed after the announcement, with the Standard & Poor’s 500 Index down about 0.2 percent and the 10-year Treasury yield at 2.99 percent.

Fed Chairman Jerome Powell is trying to nurture the second longest U.S. expansion on record by slowly reducing the amount of support that monetary policy provides to growth. The economy is riding a tailwind from tax cuts and higher federal spending, though a trade war threatens to dent growth.

The committee described risks to the outlook as “roughly balanced,” and restated that “monetary policy remains accommodative” while leaving the target range for its benchmark policy rate at 1.75 percent to 2 percent.

President Donald Trump lashed out at the Fed last month, saying he wasn’t “thrilled” it was raising rates. The comments threw a political cloud over the central bank’s decisions, though economists and investors had widely anticipated Wednesday’s decision to leave rates unchanged.

Most Fed officials in June projected three or four rate hikes for 2018, implying one or two more moves this year. Powell isn’t scheduled to hold a press conference after this meeting, with his next planned media briefing to follow the FOMC’s gathering on Sept. 25-26.

Policy makers weighed their action against a generally positive backdrop. The U.S. economy grew at a 4.1 percent pace in the second quarter, its fastest pace since 2014. Inflation is close to the Fed’s 2 percent goal, rising at 2.2 percent for the year ending June, while the core rate that excludes food and energy was up 1.9 percent.

The committee noted in the statement that both headline and core inflation “remain near 2 percent.”

Unemployment was 4 percent in June, below the Fed’s 4.5 percent estimate of the level that reflects full employment. The gradual pace of rate increases shows that officials want to see if tight labor markets can continue to draw more people into the workforce and produce higher wages, without sparking unwanted inflation.

Wednesday’s decision was unanimous 8-0. Voting members shifted chairs at this meeting, with John Williams voting for the first time as New York Fed president and FOMC vice chairman, with Kansas City Fed chief Esther George taking his place as an alternate for San Francisco while it seeks a new president.