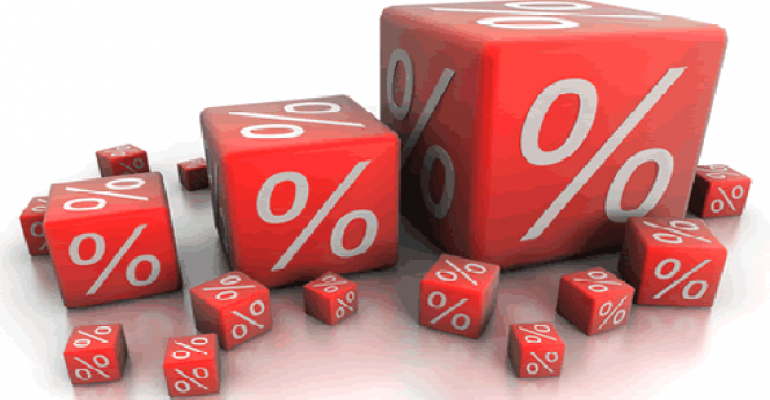 Fed Raises Rates, Trims Forecast for Hikes in 2019 to Two

The Fed unanimously raised the federal funds rate target to a range of 2.25 to 2.50 percent.

(Bloomberg)—The Federal Reserve raised borrowing costs for the fourth time this year, looking through a stock-market selloff and defying pressure from President Donald Trump, while dialing back projections for interest rates and economic growth in 2019.

By trimming the number of rate hikes they foresee in 2019, to two from three, policy makers signaled they may soon pause their monetary tightening campaign. Officials had a median projection of one move in 2020.

Following the decision, stocks erased gains and 10-year Treasury yields fell while the dollar bounced off its lows of the day. Investors may have been swayed by the Fed’s generally upbeat analysis and expectation of more rate increases than markets anticipate.

Chairman Jerome Powell and his colleagues said “economic activity has been rising at a strong rate’’ in a statement Wednesday following a two-day meeting in Washington. While officials said risks to their outlook “are roughly balanced,’’ they flagged threats from a softening world economy.

The Federal Open Market Committee “will continue to monitor global economic and financial developments and assess their implications for the economic outlook,” the statement said. The unanimous 10-0 decision lifted the federal funds rate target to a range of 2.25 percent to 2.5 percent.

In a press conference, Powell cited both positives for the economy such as a strong labor market and wage gains, while pointing to some developments that suggests growth is softening. He said relatively benign inflation gives the Fed room to be patient in setting policy.

The quarter-point hike came after Trump assailed the Fed on Twitter for two straight days, urging it to hold rates steady in the most public assault on its political independence in decades. Investors are also fretting over the economy, with the S&P 500 Index falling significantly in recent weeks.

Answering questions from the media, Powell said political considerations play no role in Fed policy making. “We’re going to do our jobs the way we’ve always done them,” he said when asked about White House pressure. The Fed will do its analysis and “nothing will cause us to deviate from that,” he added.

In addition, the median estimate among policy makers for the so-called neutral rate in the long run fell to 2.75 percent, from 3 percent in the previous forecasts from September. The median projection is for the benchmark rate to end 2021 at 3.1 percent, down from a prior estimate of 3.4 percent.

Those are more acknowledgments that rates are moving closer to the point where policy makers will at least take a break from the quarterly procession of hikes they pursued throughout 2018.

When taken together, the latest quarter-point move, language changes and shift in rate projections indicate continued confidence in the economy, yet also greater caution over how far and fast the Fed expects to move with future hikes. As Powell has said, the Fed is now feeling its way forward and will act in line with how the economy performs.

Investors have had a more pessimistic view than the Fed, foreseeing one increase at most in 2019, according to interest- rate futures prices.

In a related move, the Fed lifted the interest rate it pays on bank reserves deposited at the central bank by just 20 basis points, instead of the usual 25 basis points that would match the quarter-point increase for the fed funds target range. As with a similar move in June, the action was aimed at containing the effective fed funds rate inside the target range.

Powell will have a chance to hone the central bank’s message to markets when he holds a press conference at 2:30 p.m.

He’ll be aiming to strike a careful balance, expressing a still- positive view on the U.S. economy without telegraphing a policy outlook that investors might view as too aggressive for an economy that appears somewhat more fragile than just a few months ago.

While job creation has slowed slightly, over the past several months it has still easily outstripped the number needed to accommodate population growth. Unemployment in November remained at 3.7 percent, its lowest since 1969. That has helped lift wages but hasn’t provoked any serious signs of excessive inflation.

Still, many forecasters expect growth to slow in 2019 and into 2020, and the Fed’s median estimate for gross domestic product expansion in 2019 fell to 2.3 percent from 2.5 percent.

Previous hikes and a stronger dollar will gradually bite into the economy just as fiscal stimulus fades and foreign economies from China to Europe also cool. Meanwhile, the ongoing trade dispute with China and a potentially chaotic exit for the U.K. from the European Union represent significant additional risks.

Financial markets have been turbulent for weeks, with the S&P 500 Index of U.S. stocks dropping 13 percent from the end of September through Tuesday. Yields on 10-year U.S. Treasuries have also been volatile, dropping to 2.82 percent this week after hitting a seven-year high of 3.26 percent in October.

Powell’s task is also complicated by the repeated attacks from Trump, a topic he will likely be forced to address in his press conference.

The median 2020 and 2021 forecasts for GDP growth were unchanged at 2 percent and 1.8 percent, respectively, while the longer-run figure increased to 1.9 percent from 1.8 percent. The median unemployment-rate estimate for 2019 was unchanged at 3.5 percent, while the 2020 estimate increased to 3.6 percent from 3.5 percent. The longer-run figure fell to 4.4 percent from 4.5 percent. The median estimates for PCE and core PCE inflation each fell by 0.1 percentage point in 2019 to 1.9 percent and 2 percent, respectively. Wednesday’s meeting was the first for new Fed Governor Michelle Bowman, the former state banking commissioner of Kansas, who was nominated by Trump earlier this year and sworn in Nov. 26.