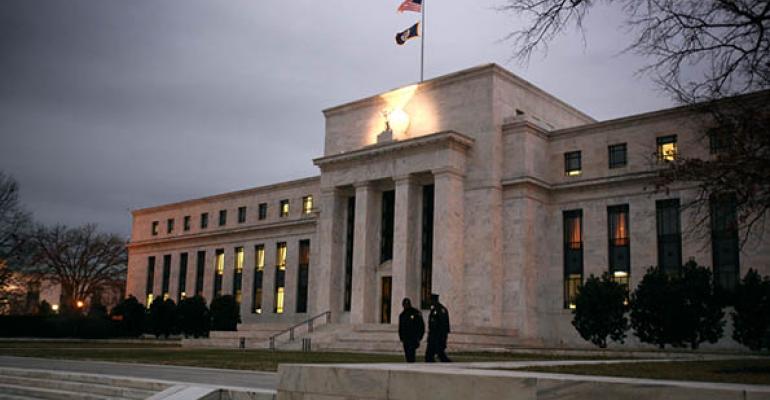 The Fed “Unwinding” Is Upon Us, Worrying Some Market Observers

The announcement was widely anticipated and showed the Fed’s confidence in the country’s economic growth.

The Federal Reserve will hold interest rates at 1.0 to 1.25 percent, while also beginning to sell off a nearly $4.5 trillion portfolio of bonds and other assets next month, The Wall Street Journal reports.

The announcement was widely anticipated and showed the Fed’s confidence in the country’s economic growth, according to The New York Times. However, there was a possibility of another rate hike later this year, as 12 of the 16 officials on the Federal Open Market Committee forecasted an increase.

Since 2015, the Fed has raised rates four times by a quarter percentage point, after keeping interest rates close to zero for seven years. The most recent increase took place in June.

The Fed, in its statement released yesterday, noted that market-based measures of inflation have stayed low over the year. The labor market has strengthened, unemployment is low and job gains have been steady over the past few months.

“We believe the recovery is on a strong track,” Chairwoman Janet Yellen said at a news conference following the bank’s two-day policy meeting, according to The Wall Street Journal.

The Fed had announced previously that it intended to gradually minimize its portfolio of bonds and other assets, acquired during the financial crisis. For the first three months, the Fed will reduce its balance sheet by $10 billion. This will rise by $10 billion each quarter until it hits $50 billion, according to Politico.

The Fed’s statement yesterday also touched on the economic impact of Hurricanes Harvey and Irma—while devastating in the short-term, the Fed noted that the impact on the economy likely would be brief.

The S&P 500 Index closed higher yesterday, after taking some losses after the Fed released its statement, according to Bloomberg. Bloomberg’s Dollar Spot Index also rose the most since January, as the Fed eased concerns that the damage from the hurricanes would alter its outlook on higher rates, and big bank stocks also rose.

Analysts at Deutsche Bank signaled in a report this week that the “great central bank unwind” could lead to another financial crisis, reports MarketWatch: “You slowly become anchored to believe the current situation is normal as it’s persisted for so long now,” the analysts wrote, according to MarketWatch. “However it’s anything but normal. Since the financial crisis, $10 trillion-plus has been added to the balance sheets of the four largest central banks with over $14 trillion of assets now owned.”

In June, there was little concern within the commercial real estate sector when the Fed raised its target interest rate for the second time in a year. However, some analysts at the time expressed concern about the Fed’s decision to start unwilling its balance sheet, which could affect liquidity in real estate debt markets.