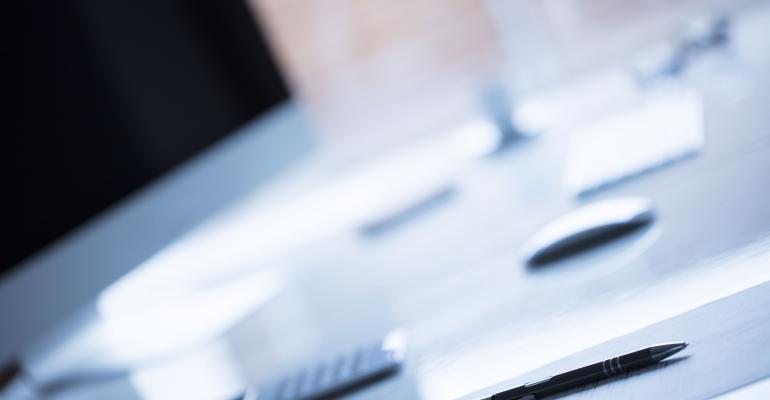 Those that have started the process are quickly realizing that they face some tough challenges ahead.

Companies are finally rolling up their sleeves and starting to prep for new lease accounting rules. Those that have started the process are quickly realizing that they face some tough challenges ahead, and for some, it may be a scramble to meet the approaching deadline.

Some industry experts are already questioning whether there is a general lack of preparedness for the new FASB and IASB lease reporting rules that are looming. U.S. public companies will need to be in compliance for annual financial statements that are released after December 15, 2019.

However, they would need to present comparative periods for two years trailing—effectively year-end 2018 and year-end 2017. Private companies have a one-year grace period and do not have to present financial statements until the end of 2020.

Some companies are looking at the implementation dates and think they still have plenty of time to prepare, notes Sean Moynihan, a principal in the Atlanta office of real estate services firm Avison Young and global tenant advisor affinity group leader. However, there is a significant amount of work that goes into identifying applicable leases and extracting relevant lease data, which is why companies needed to get a start on this yesterday, he says. Moynihan recently authored a white paper on the new lease accounting standards.

One of the reasons companies have delayed tackling lease accounting changes is because they are working on a new FASB revenue recognition accounting standard that goes into effect a year earlier. “Many have not focused on the new leasing standard, and I’m afraid that some might find themselves behind the eight ball, so to speak,” says Angela Newell, a national assurance partner at BDO.

Lease accounting changes will have the biggest impact on companies that have a large volume of leases and/or very complex leases. Many public companies that do have a bigger load of lease obligations have started the process and are realizing that there is a significant amount of “heavy lifting” that needs to occur over the next 12 to 18 months, says Sean Torr, Deloitte Advisory managing director at Deloitte & Touche LLP.

Some firms are still in the early assessment phase. But many have moved beyond that and are now in the middle of gathering data and starting to select and implement technologies that will help with managing and reporting that data. Those that have got a start are learning some tough lessons about the challenges that lie ahead.

Companies are finding that much of the data does not come from one single-source document or lease agreement. Some of the data needs to come from other parts of the company, or there are cases where there have been multiple modifications of a lease and multiple documents. “The gathering of those contracts and the abstraction of the relevant data fields from those contracts, as well as other records, is a time-intensive effort,” says Torr.

Companies also need to do a thorough inventory to identify all qualifying leases. The new standard applies to all types of leases, such as real estate, equipment and autos, with an exemption for short-term leases lasting less than 12 months. “It is really critical to look at all of your contracts to make sure that you don’t have imbedded leases,” adds Newell. For example, a service contract might require the use of specific equipment and that contract might include terms for an equipment lease that needs to be accounted for as well.

Compliance requires a company to get to the net rental rate to accurately calculate the right of use asset and lease liability. That in itself is a tricky step as there are a number of different costs that get rolled up into the rent, such as operating costs, taxes, common area maintenance charges, a tenant improvement allowance and free rent, not to mention periodic rent bumps. “So going through all of their leases and getting to that net rate by stripping out the operating expenses and other costs is a lengthy process and not an easy one to track down those numbers,” says Moynihan.

In addition, if there is a significant economic incentive for a tenant to renew the lease, then the company needs to put renewal options on the books as if they had exercised them. For example, a 10-year lease with a five-year renewal option may need to be treated as a 15-year lease, depending on the terms of the deal, notes Moynihan. “Now that leases are going to go on the balance sheet, all of those things impact how a lease presents itself,” he says.

A common complaint is that companies need more powerful tools to accurately calculate lease liabilities. “Your legacy software doesn’t account for the right of use asset and lease liability and how to calculate it,” says Moynihan. Part of the challenge is figuring out the technology component, especially for clients that are still managing leases with a simple Xcel spreadsheet. Companies are finding that they may need to implement a lease management system, or if they already have a lease management system in place, they may need to add an accounting module associated with that software. That is further compounded by the fact that the vendor that provides that software may or may not have the functionality ready to comply with the new accounting standard.

There is no single tech tool that can seamlessly manage the process and make it a non-event from a compliance perspective, adds Torr. Tech tools help with calculations. However, the processes and controls for the information going into the system, and then coming out of the system into the financial ledger and the footnotes of financial statements, is a complicated process and technology doesn’t take all of those steps away. Companies will still need to build processes around the technology, he adds.

The finance lease is not a straight-line rent expense, but rather a right of use amortization and lease liability interest. So a company may have the exact same cash flow, but a different result on the balance sheet depending on whether that lease is subject to FASB rules in the U.S. or international IASB standards in other countries, notes Moynihan.

Lease accounting changes impact different parts of an organization. So determining what is in the best interest of the whole organization and the most efficient way to comply requires a lot of outreach and involvement from a broad group of stakeholders. There also is training and education that needs to occur for those various stakeholders who are involved.