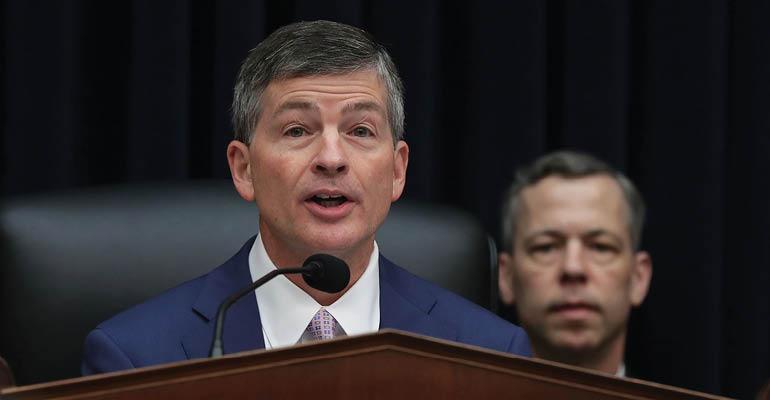 The Texas Republican&rsquo;s new bill would give banks relief from annual stress tests that assess whether they can survive financial meltdowns and would strip the Consumer Financial Protection Bureau of key powers.

(Bloomberg)—House Financial Services Committee Chairman Jeb Hensarling plans to release his revised proposal to scrap much of the Dodd-Frank Act by the end of the month.

The Texas Republican’s new bill would give banks relief from annual stress tests that assess whether they can survive financial meltdowns and would strip the Consumer Financial Protection Bureau of key powers. It’s an update of legislation he proposed last year, dubbed the Financial Choice Act, that stalled in Congress.

Hensarling outlined changes he plans to include in his updated version in a Tuesday memo to other lawmakers. He still faces long odds to getting the bill passed, especially in the Senate, where it will probably need some Democratic support.

Hensarling’s second crack at weakening Dodd-Frank is more ambitious, including numerous provisions that weren’t in his initial proposal. The aggressiveness reflects a changed legislative landscape with Republicans controlling the White House and all of Congress.

President Donald Trump said Tuesday that his administration is already in the process of “doing a major elimination" of the "horrendous" rules put in place after the 2008 financial crisis.

“Chairman Hensarling looks forward to working with the president and his administration to eliminate Dodd-Frank and replace it,” Sarah Rozier, his spokeswoman, said in an emailed statement. “Our plan, which will be released in the next few weeks, is a bold and visionary plan.”

California Representative Maxine Waters, the top Democrat on the Financial Services panel, criticized the updated bill, arguing it was “even worse" than Hensarling’s earlier version. Republicans have “prioritized the needs of Wall Street over the needs of hard-working Americans," she said in an emailed statement.

Changes Hensarling outlined in his Tuesday memo include reducing the frequency of bank stress testing to every other year.

He also wants to eliminate much of the CFPB’s regulatory powers, and transform it into a law enforcement agency. Additional changes include doing away with the CFPB’s authority to supervise financial firms and barring it from publishing consumer complaints that the agency compiles in a database.

He also wants the CFPB to be run by a sole director, removable at will by the president, according to the memo. The proposal may not win the support of the finance industry, which has long argued that the agency should be run by a bipartisan commission.

Hensarling’s plan is wide-ranging and goes beyond weakening Dodd-Frank. One provision would set up a committee to reevaluate the Securities and Exchange Commission’s enforcement activity.

Congress is currently in recess for two weeks. While Hensarling’s memo specifies major changes to his bill, many elements remain from what he proposed in 2016, including a repeal of the Volcker Rule ban on banks making investments with their own capital.