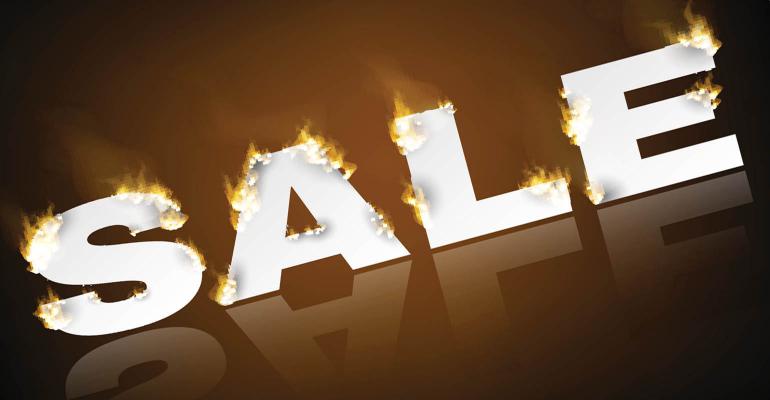 At HNA, Everything Must Go Is Fire Sale Like No Other: Gadfly

Real estate is likely to be the most immediate source of funds.

(Bloomberg Gadfly)—What goes up, must come down.

Over the past few years, HNA Group Co. has piled up 1.21 trillion yuan ($192 billion) in assets -- enough to make it one of the world's 50 largest nonfinancial companies on that measure,  with a bigger stack than Alphabet Inc., Amazon.com Inc., Johnson & Johnson, Glencore Plc or Airbus SE.

Such empire-building is child's play when capital is easy and cash flows freely. HNA now has a substantial operating income -- 21.2 billion yuan over the most recent 12-month period, pretty much in line with Peugeot-maker PSA Group, Toshiba Corp. or United Continental Holdings Inc.

Its interest payments are in a whole different class, though -- just behind those of SoftBank Group Corp. and Berkshire Hathaway Inc. among the world's top 10 corporate debtors. More importantly, at 29.3 billion yuan, the bill substantially outstrips HNA's operating income, meaning it can only service its borrowings by taking on more debt or selling assets.

With China Inc.'s checkbook closing since a crackdown on acquisitive outbound conglomerates began last year, HNA's foot is now to the floor on asset sales. The group is about 15 billion yuan short of the sum it needs to meet payments coming due by April, Bloomberg News reported this week, and some 100 billion yuan of assets -- almost a tenth of the total -- will be sold by July, people familiar with the matter said Wednesday.

The world has rarely seen an emergency sale like this. The question is whether HNA's assets on hand are sufficient to keep the wolf from the door.

For one, about a quarter of the total is locked up for other purposes, according to HNA's latest financial statements for the 12 months through June. That includes 41 billion yuan in cash held on margin or in time deposits, and some 266 billion yuan already pledged as collateral or involved in lawsuits.

Other holdings that might be readily sold are tied up in other ways. Shares in Hilton Worldwide Holdings Inc. are up by almost 50 percent since HNA completed the purchase of a 26 percent stake last March. If HNA was able to sell at current prices, it could meet more than two-fifths of its 100 billion yuan target, but there's a two-year lock-up agreement that was signed at the time of the purchase.

Ingram Micro Inc. -- the technology distributor bought by HNA-controlled Tianjin Tianhai Investment Co. for $6.1 billion in 2016 -- would also make quite a dent in the debt pile. Unfortunately, Tianjin Tianhai last month denied Chinese media reports that it was planning a sale to Synnex Corp., and getting cash from such a transaction up to HNA itself would be less than straightforward given it directly owns only a minority stake in Ingram's parent. The same would go for HNA's Avolon aircraft-leasing business, which is also held indirectly via Bohai Capital Holding Co.

Real estate is likely to be the most immediate source of funds, with people familiar with the matter saying a Sydney office building was sold last week to Blackstone Group LP and that other auctions are being considered in Hong Kong, New York and London.

Buildings have the advantage of coming in relatively bite-sized chunks that can be disposed of more easily than a multi billion-dollar company stake. The trouble is, there's not enough of them -- just 43 billion yuan of investment property as of June, more than held by Howard Hughes Corp. or Singapore's CapitaLand Mall Trust, but still well short of what HNA needs to raise.

Still, while HNA is late to this party, there's a stampede by property buyers in mainland China, according to PricewaterhouseCoopers, making it a seller's market.

For M&A bankers hoping to get a slice of some juicy transactions, the coming months are likely to be lucrative. Any celebrations should be muted, though: When times are tight, end-of-season clearances have a nasty habit of turning into closing-down sales.

David Fickling is a Bloomberg Gadfly columnist covering commodities, as well as industrial and consumer companies. He has been a reporter for Bloomberg News, Dow Jones, the Wall Street Journal, the Financial Times and the Guardian.