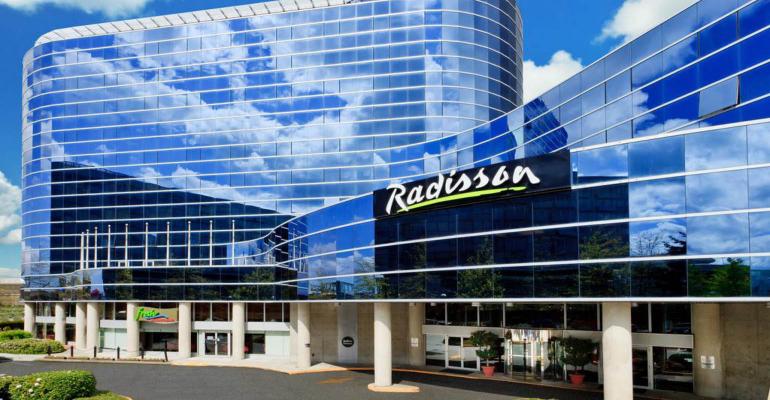 (Bloomberg)—HNA Group Co., the Chinese conglomerate whose debt-fueled acquisition spree unraveled in spectacular fashion, is pushing ahead with unwinding the binge.

The group is weighing options for its Avolon Holdings Ltd. plane-leasing arm, which had a $7.3 billion book value at the end of last year, people with knowledge of the matter said. Firms backed by Hong Kong tycoons Li Ka-shing and Henry Cheng have held talks about buying a stake or some of Avolon’s aircraft, the people said, asking not to be identified discussing private information.

Separately, Chinese hospitality provider Jin Jiang International Holdings Co. is weighing a bid for Radisson Hotel Group, the global chain owned by HNA, other people with knowledge of the matter said. HNA could fetch at least $2 billion from a sale of Minneapolis-based Radisson, according to the people.

HNA has already shed more than $17 billion of assets this year, a pace of dealmaking that reverses a multiyear acquisition spree that saddled it with one of corporate China’s biggest debt loads. That the conglomerate is looking to sell more aviation and tourism assets -- areas it has defined as core -- indicates there is little that HNA considers off-limits in terms of disposals.

The drama at HNA recently turned tragic after Co-Chairman Wang Jian suddenly died early last month from an accident in France. The death of the group’s No. 2 executive has disrupted some deals involving HNA, including talks to sell a stake in Hong Kong Airlines Ltd., Bloomberg News reported earlier this week.

The death prompted Chairman Chen Feng to take on much of Wang’s duties and increased the pressure for Chief Executive Officer Adam Tan to carry out HNA’s future asset sales. The group on Thursday announced a management reorganization that gave additional responsibilities to Tan as well as Chen’s son Daniel.

HNA has been aggressively selling assets this year to pay down heavy debt incurred during its multiyear buying spree. It has sold $6 billion of stock in Hilton Worldwide Holdings Inc. and pared its stake in Deutsche Bank AG. It agreed to sell a Minneapolis office tower for $320 million to Samsung Group, people familiar with the matter said in June.

Avolon has the potential to be among HNA’s biggest disposals. The conglomerate’s Bohai Capital Holding Co. bought Dublin-based Avolon in 2016, turning it into the world’s third-largest aircraft leasing company after it bought CIT Group Inc.’s plane-leasing business for more than $10 billion the next year. Avolon had 890 aircraft at the end of June, according to its website.

Aircraft leasing has gained increasing popularity in recent years in Asia, particularly in Hong Kong. Fueling that interest is the travel boom in the region, which is bolstering demand for planes from airline companies, many of which prefer to rent rather than purchase to help cap costs.

HNA has been gauging interest in Radisson from rival hotel chains and other potential buyers, Bloomberg News reported in June. Radisson operates or has under development more than 1,400 hotels around the world under eight brands, including Radisson, Park Plaza and Country Inn & Suites, according its website.

The group includes Stockholm-listed Radisson Hospitality AB, an operator of hotels in Europe, the Middle East and Africa with a market value of about $711 million.