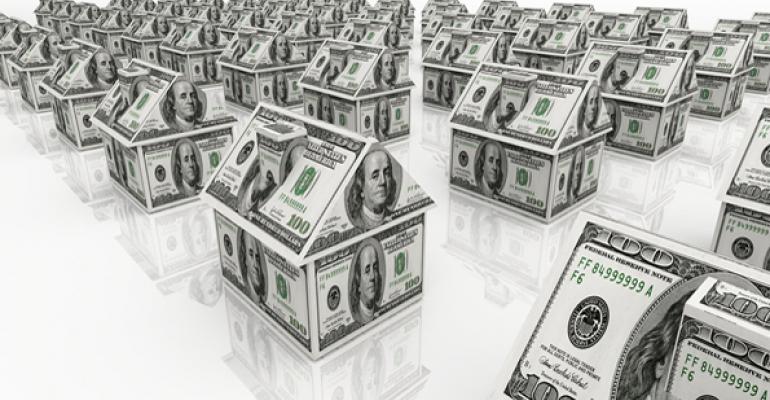 Home-Flipping Startup Opendoor Said to Be Valued at $1 Billion

(Bloomberg)—Silicon Valley's club of unicorn startups hasn't been growing as fast as it once was, and its newest member is unlike most of is venture-backed peers. Opendoor Labs Inc., a San Francisco startup that buys houses and then resells them, received a valuation of at least $1 billion after its latest funding round, said people familiar with the matter.

Opendoor said it raised $210 million, which it will use to fund expansion to 10 cities next year. The financing round was led by Norwest Venture Partners, with investments from New Enterprise Associates and others, OpenDoor said.

Opendoor buys and sells homes in the Dallas-Fort Worth area, Las Vegas and Phoenix, according to the company's website. The startup purchases houses with cash and then resells them at a higher price, sometimes after making minor repairs.

The model is unusual in Silicon Valley, where real estate businesses have traditionally focused on creating software to connect homeowners and buyers, not buying and selling buildings. Opendoor takes on risks associated with real estate ownership, hoping to turn a profit on each sale. For sellers, Opendoor offers a quick way to cash out.

The large funding round stands out as many startups have seen their valuations fall or have struggled to raise new money. While the startup market has rebounded in the last couple months, it's still down 15 percent from its high last year, according to the Bloomberg U.S. Startups Barometer, an index that tracks VC funding and deals.