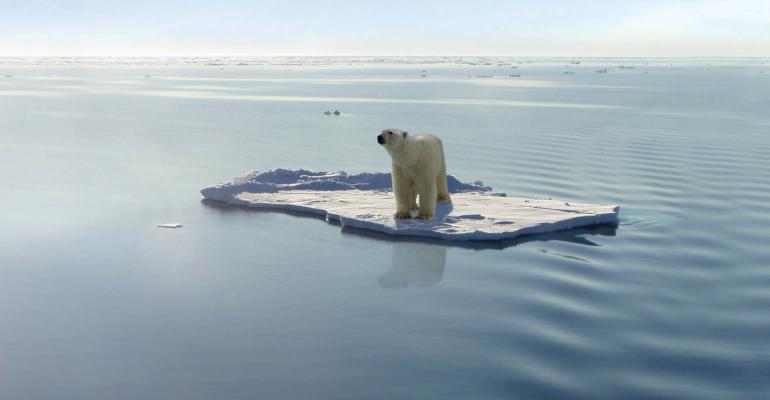 Insurers Worry a Financial Crisis May Come from Climate Risks

Rising temperatures may lead to a decline in property values and spark a broader financial crisis, a report from ClimateWise warns.

(Bloomberg)—Insurers are increasingly worried that rising temperatures will lead to a slump in property values that could spark broader financial turmoil.

Those were the conclusions a group run out of the University of Cambridge including some of the world’s biggest insurers. In a report published Friday, ClimateWise said that an increasing catastrophes linked to climate change could triple losses on property investments over the next 30 years.

The warning adds to concerns raised by Munich Re AG last month, which said a string of floods, fires and violent storms had doubled the normal amount of insurable losses. Munich Re has said global climate-related losses may have topped a record $140 billion last year.

“A failure to take account of these risks could be damaging both for individual investors and lenders, but also for the financial system and economy as a whole,” according to the 74-page report, which was written on the behalf of ClimateWise members including Allianz SE, XL Group, Aviva Plc and Lloyds Bank Plc.

The warning is the latest from the financial sector of the physical and financial risks posed by rising temperatures. While some investment strategists think climate change will offer opportunities, others warn of physical damage to commercial and residential real estate.

While scientists are cautious to link any single weather event to global warming, they’ve built consensus around the probability that more powerful floods, fires, droughts and storms will occur with higher frequency as the Earth gets hotter.

“Massive wildfires appear to be occurring more frequently as a result of climate change,” to Munich Re board member Torsten Jeworrek said. He adding investors should look again at whether they’ve properly accounted for rising damages from weather catastrophes.

The German insurer reported $160 billion of losses from natural catastrophes last year, some $20 billion above inflation-adjusted averages in the previous three decades.

Under one scenario tested by ClimateWise, losses on U.K. mortgage could double if temperatures increase by 2 degrees Celsius (3.6 Fahrenheit) and triple if warming spikes 4 degrees Celsius. The United Nations wants to hold average temperature increase to well below 2 degrees Celsius, which would still represent the quickest shift in the climate since the last ice age ended some 10,000 years ago.

“Financial institutions with long-term investments, including banks and building societies providing new 35-year mortgages today, will have exposures to risks in this time period,” the report said.

The predictions come amid signs that global warming is causing noticeable dents in some of the world’s largest and most sophisticated economies.

A protracted drought in Germany that made crucial waterways impassable to ships shaved around 2 percentage points off growth in Europe’s largest economy in the fourth quarter of 2018. Wildfires in California caused the first major corporate casualty of climate change, with utility PG&E collapsing due to a $30 billion liability from two years of fires.

Extreme weather events are the most threatening global risks this year, the World Economic Forum said in a report published January.

The U.S Defense Department last month warned climate change could compromise U.S. security, with rising seas increasing flood risk to military bases and drought-fueled wildfires endangering those inland. In December, the Bank of England said it would force banks to make better preparations for climate change after finding only a few had done so.

Warnings from the financial sector on climate change are "very important" in shaping broader public understanding of global-warming risks, according to Joanna Haigh, co-director of the London-based Grantham Institute for Climate Change and the Environment.

"If it concerns those who understand finance and the economy it should worry everyone," she said.