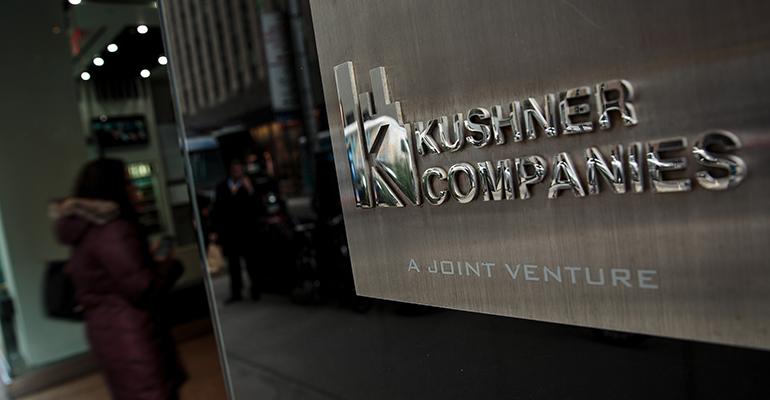 Kushner Cos. Exits Philadelphia With Sale of Property Stake

The buyer is a local apartment developer that had been eyeing the property ever since Kushner Cos. and Oaktree Capital Management LP acquired it five years ago.

(Bloomberg)—Kushner Cos. is leaving Philadelphia with the sale of its only asset in the city, a stake in an apartment-and-retail complex with a party-ready courtyard.

The real estate firm once run by presidential son-in-law Jared Kushner sold its portion of Schmidt’s Commons, a 10-building complex in the Northern Liberties neighborhood, for $44.1 million, according to the buyer, Post Brothers. The company is a local apartment developer that had been eyeing the property ever since Kushner Cos. and Oaktree Capital Management LP acquired it five years ago.

“They made a great buy and did a good job, but I think they knew the property could be more than it is today,” Mike Pestronk, chief executive officer of Post Brothers, said of the Kushner-Oaktree partnership. “Over time, they came to realize that they could use a local partner with a little bit more local expertise to keep the property more aligned with the neighborhood.”

Kushner Cos. and Oaktree paid $130 million for the site in 2013, according to research firm Real Capital Analytics Inc., which lists no other Philadelphia holdings for the Kushner firm and doesn’t say how large its stake in the complex was. Oaktree hasn’t sold its stake. Post Brothers will take over management of the property, with 500 rental apartments, 130,000 square feet (12,000 square meters) of ground-floor retail and a cobblestone plaza.

Kushner Cos. brought in office-sharing firm WeWork Cos., which opened its first Philadelphia location at the complex. WeWork has seven years left on its lease, with an option to renew for five more, Post Brothers said.

A representative for Kushner Cos. couldn’t immediately comment on the sale, which was completed Friday. An email to Oaktree’s media representatives wasn’t returned.

For Post Brothers, with a rental portfolio of about 3,500 units, the deal fits with its strategy of buying older apartment properties and sprucing them up, upgrading the retail and charging higher rents. The firm aims to attract a more mature tenant base to Schmidt’s Commons, a decade-old complex that appealed to college graduates with a 1-acre (0.4-hectare) courtyard that was the scene of raucous late-night gatherings.

“The demographics of the neighborhood have really shifted,” said Pestronk, who founded the firm in 2006 with his brother Matt. “It’s frankly a lot of the same people who were at the piazza party 10 years ago but they’ve just grown up. They’ve gotten married, they’ve had a little kid.”

The complex’s apartments will get an overhaul, with new kitchens and bathrooms. A pool, playground, outdoor lounge area and other amenities will be added. For the retail, where eight of the 42 spaces are empty, the developers will seek out local businesses like restaurants, coffee shops and yoga studios that could “reactivate the street life,” Mike Pestronk said.

It’s a project the brothers started thinking about well before they became owners.

“We’ve been harassing the sellers to sell it to us for a long time,” Matt Pestronk, the firm’s president, said. “We were waiting for the call, and it came.”