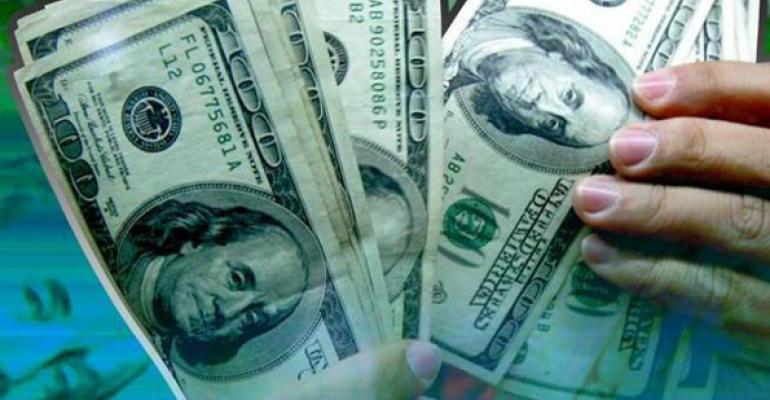 Lenders Chip Away at Mountain of Maturities

Take a good look at lenders these days when discussion turns to the looming wave of loan maturities. The hand wringing that may have existed a few years ago is now more akin to anxious anticipation.

“There are a lot of lenders out there that view this wave of maturities as a real opportunity to increase their volumes,” says Tom Fish, executive managing director and co-head of real estate investment banking in JLL's capital markets group. There is a ton of money out there that wants to come in and provide financing for solid real estate deals. Even when it comes to deals that are considered “broken” or might need help in recapitalization, there is a lot of opportunistic money that is looking for those types of situations, says Fish.

Make no mistake. There is still a mountain of debt coming due that needs to be refinanced. The CMBS market alone accounts for $287.3 billion of the loans set to expire in 2015, 2016 and 2017, according to research firm Trepp LLC. Given that CMBS represented about 25 percent of the financing that was done 10 years ago, that equates to some $1.1 trillion in refinancing activity for the broader commercial real estate market over the next three years.

Loan originations and CMBS issuance volumes were higher than ever from 2005 to 2007. The majority of that issuance was made up of 10-year balloon loans, which has created a wall of maturities that is expected to fuel a surge in refinancing activity from now through 2017.

However, the load of maturities is shrinking. Borrowers took advantage of low interest rates, availability of capital and rebounding property values to refinance existing loans early. “Once we start seeing the Fed really increasing rates, then I think we will see a lot of other people get off the sidelines and make moves on refinancing,” says Fish.

Some borrowers are opting to take the pre-payment penalty or defease the loan, selling or refinancing their properties well before the loan is due to mature. Borrowers that are locked out from pre-paying need to defease the loan, which means replacing the loan with treasuries/securities that basically mimic the loan’s cash flow.

Defeasance has spiked in the past two years. Specific to CMBS loans, annual defeasance nearly tripled in 2013 to $11.8 billion and hit a new record high of $19 billion in 2014, according to Trepp. CMBS issuance is also off to a hot start in 2015, with $4.1 billion in defeased loans as of Feb. 15th. “I think originators and borrowers alike are trying to take advantage of that momentum,” says Joe McBride, an associate at Trepp in New York City.

Borrowers across the board are finding good access to capital. “Where you do have a struggle finding capital is on deals that were probably fundamentally flawed in the first place,” notes Fish. It is also important to note that lenders are still picky. They are using trailing income and trailing expense numbers. They are not underwriting on forward-looking income numbers, as they’ve done in the past. “Just because a lot of loans are refinancing early doesn’t mean that there is deterioration on underwriting. There is still quite a bit of discipline in the market,” he adds.

Yet there is still concern from bond holders who are highly exposed to these loans coming due. In 2012 there was a “mini-wave” of 5-year loans that were maturing from 2007. As a result, delinquencies spiked to 10.34 percent, which was the highest level Trepp has ever recorded. Although there may be a blip in the future with delinquencies rising a bit, McBride does not expect delinquencies to surge as they did in 2012, barring any dramatic changes in the market.

There are definitely loans that are on the margin, operating at a slim debt service coverage ratio of 1.1 or 1.05 and they are covering what they need to cover. But when that balloon payment comes up, they are going to need to refinance and they may not be able to refinance at the level that they need to to pay off the loan in full. “However, the amount of new issuance and the performance of loans now compared to a year or two years ago is promising,” says McBride.