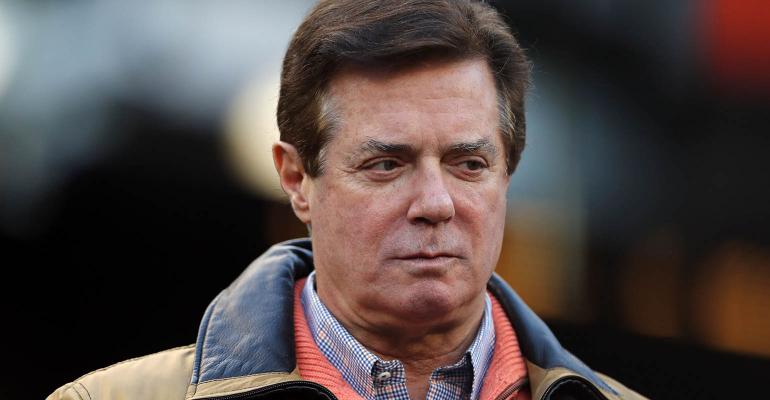 According to Special Counsel Robert Mueller, Manafort was using the properties to launder money he earned working for Ukrainian politicians.

(Bloomberg)—For the past five years, Paul Manafort has been on a real estate tear, investing in properties from New York to California, and then borrowing heavily against some of them.

Turns out, according to Special Counsel Robert Mueller, Manafort, the ex-chairman of the Trump campaign who surrendered to authorities Monday on tax and conspiracy charges, was using the properties to launder money he earned working for Ukrainian politicians.

For instance, in 2012, a Manafort-controlled company bought a condominium in New York’s Soho neighborhood for $2.85 million, funneled through accounts in Cyprus, according to the indictment. He rented the property, but in applying for a bank loan, allegedly stated falsely that his daughter and son-in-law lived there. In March 2016, the bank loaned Manafort $3.185 million, according to the U.S.

A Manafort-controlled entity also paid about $3 million for a Brooklyn brownstone in 2012, again using money from Cyprus accounts. In 2016, he obtained a $5 million loan, pledging to use $1.4 million for construction. Instead, he used the money to pay back another mortgage and to make a down payment on a property in California, the indictment says.

The money came from bank accounts Manafort held overseas that he failed to declare to U.S. tax authorities, according to the indictment.