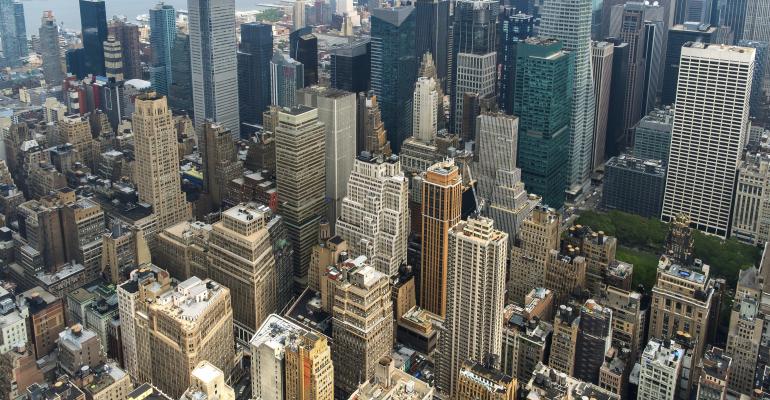 This year through Feb. 23, there were $3.67 billion in sales of commercial properties south of 96th Street in the borough, compared with $2.63 billion in the first two months of 2017.

(Bloomberg)—Sales of Manhattan investment properties are running ahead of last year’s pace, helping to validate the view of many commercial brokers that the snoozy market of 2017 wouldn’t be repeated.

This year through Feb. 23, there were $3.67 billion in sales of commercial properties south of 96th Street in the borough, compared with $2.63 billion in the first two months of 2017, a 40 percent jump, according to brokerage Eastern Consolidated. The pickup in deals follows a fourth quarter that was the best for investment sales in a year and a half, said the firm, which analyzed data from Real Capital Analytics Inc.

Commercial-building prices in New York are off 3.4 percent from their peak early last year, according to real estate research firm Green Street Advisors LLC. Rents are declining or, at best, flat, for offices and apartments. Buyers and sellers alike are getting more comfortable with what the market saying about building values, said  Peter Hauspurg, Eastern Consolidated’s chief executive officer.

“The uncertainty of the tax law has been settled, interest rates are rising and investors want to lock in rates before they climb higher,” he said. “And there is a perception that sellers are being more realistic about their asking prices.”

Eastern Consolidated’s figure doesn’t include about $4.6 billion of pending sales, including Google’s agreement to buy Chelsea Market for more than $2 billion -- the year’s biggest deal and among the most expensive ever in the city.