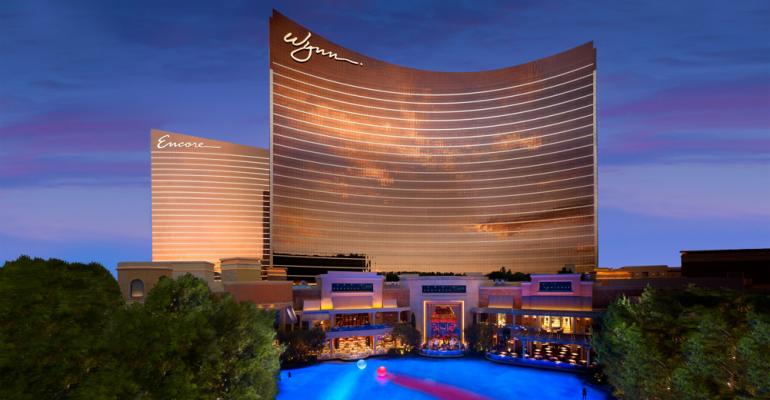 In a closed-door meeting, the commissioners authorized the agency's legal counsel to work on an agreement that would dismiss the case.

Members of the Massachusetts Gaming Commission on Wednesday unanimously approved a push to end a legal battle with disgraced casino magnate Steve Wynn.

Wynn's lawsuit was filed against the commission, the agency's chief investigator and his eponymous former company in Nevada.

Commissioners voted after meeting in a closed-door executive session for more than five hours.

The vote is a key step in finalizing logistics for an adjudicatory hearing. The hearing will determine whether Wynn Resorts Ltd. (Nasdaq: WYNN) is suitable to hold a casino license in Massachusetts. Wynn Resorts’ $2.6 billion gaming resort, dubbed Encore Boston Harbor, is scheduled to open in Everett this June.

In their vote, commissioners authorized the agency's legal counsel to work on finalizing an agreement that would dismiss Stephen A. Wynn vs. Karen Wells, the Massachusetts Gaming Commission and Wynn Resorts, et al., which is currently pending in Nevada’s Clark County District Court.

That decision, which needs to be approved by other parties involved in the lawsuit, would allow commissioners to receive an internal investigative report on Wynn Resorts and move forward with scheduling a hearing on the company’s suitability to hold a gaming license “as soon as possible,” the commission said.

“Today the Massachusetts Gaming Commission voted to authorize its legal counsel to finalize an agreement guaranteeing that commissioners have access to important investigative information relevant to the Wynn Resorts suitability review,” the commission said in a statement. “This action also eliminates the uncertainty of protracted litigation and allows the MGC to commence its preparations for an adjudicatory hearing and a robust, public review of its investigatory findings.”

The commission launched an investigation into Steve Wynn following a blockbuster article published by the Wall Street Journal last year outlining a decades-long pattern of sexual misconduct at his Las Vegas-based gaming empire. The story was first to report a secret $7.5 million settlement Wynn paid to a manicurist at Wynn Las Vegas resort, who alleged the mogul had forced her to have sex with him.

Attorneys for Wynn Resorts Ltd. confirmed the payment to the commission, and said that Wynn Resorts did not disclose that settlement to investigators during a 2013 examination to determine whether the company was suitable to receive a gaming license. The commission said that payment was a "critical element" of its review of Wynn Resorts' suitability.

Wynn stepped down as CEO of Wynn Resorts Ltd. last February, and a number of company executives followed him out the door. He has denied all allegations of sexual misconduct.

In November, Wynn sued the commission to prevent its investigative report from being made public, arguing Wynn Resorts Ltd. violated attorney-client privilege by sharing documents and other investigative information with Massachusetts gaming regulators.

Following Wednesday’s vote, the commission will start its preparations for an adjudicatory hearing of the Wynn report and what it calls “a robust, public review of its investigatory findings.”