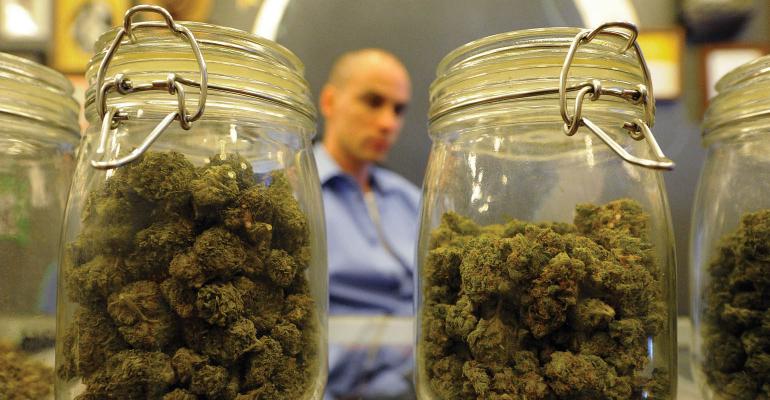 Both governors set goals to legalize recreational marijuana in 2019 to raise states’ revenues.

(Bloomberg)—The Democratic governors of New York and New Jersey each set goals to legalize recreational marijuana as part of their 2019 agendas, declaring in separate State of the State speeches Tuesday that new laws should raise state revenue and redress past criminal and economic injustice.

“We must ensure that those with a past mark on their records because of a low-level offense can have that stain removed,” said New Jersey Governor Phil Murphy, who advocated legalization of pot during his 2017 election campaign. He cited thousands of jobs created and billions of dollars in tax revenue reaped in Massachusetts and Colorado, two of 10 states where pot is legal. “We can do that here, and in a smart way that ensures fairness and equity for minority-owned businesses and minority communities.”

New York Governor Andrew Cuomo’s proposed legalization law also seeks to “reduce impacts of criminalization affecting communities of color” and would allow counties and cities to opt out of the program. The proposal, contained in a 2019 budget document released Tuesday, would impose taxes on pot cultivation, and wholesale and retail purchases, to be spent on traffic safety, small business development, drug treatment and mental health care.

Cuomo, who in 2017 described marijuana as a “gateway drug” to more dangerous substances, clearly signaled he’d changed his position Tuesday, telling the state legislature in Albany: “Let’s legalize the adult use of recreational marijuana once and for all."