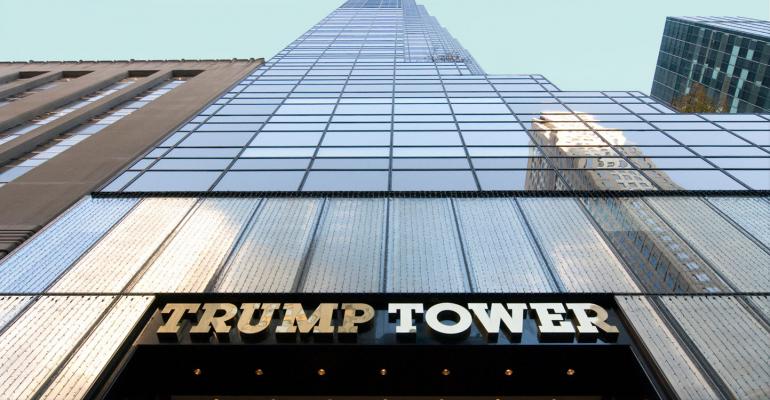 Real Estate in the Era of a Property-Owning President: Gadfly

Donald Trump has said he would increase the tax rate on "carried interest," the income that currently flows as lower-taxed capital gains to private equity partners and some other investment fund managers -- such as those who oversee real estate funds. A more onerous tax rate on property fund managers could dampen deal flow for that sector of the market.

But Trump has also offered a conflicting proposal for a new tax rate for business partnerships -- which potentially could also include property fund managers -- that would decrease their rates from 23.8 percent to 15 percent. (The standard income tax rate everyone else pays tops out at about 40 percent).

What Will Trump Do?

Here are fund managers most likely to be affected the greatest by either change, based on their large North American real estate holdings:

Like-kind exchanges, a process that allows commercial real estate owners to defer taxes from property-sale profits as long as they reinvest them in other properties, will likely continue under Trump.

Though Trump has no official policy on these exchanges, he has been in favor of them in the past and may have used them himself. Like-kind exchanges could theoretically be used repeatedly to indefinitely stave off taxes on real estate gains. Each year hundreds of thousands of property purchases use this benefit, according to the Internal Revenue Service:

While some of Trump’s policies might be friendly to commercial real estate owners, his harsh rhetoric about foreign trade could be bad for real estate overall. Both the International Monetary Fund and the Organisation for Economic Co-operation and Development have recently warned against protectionist policies since they can cause other nations to turn inward and decrease international investment.