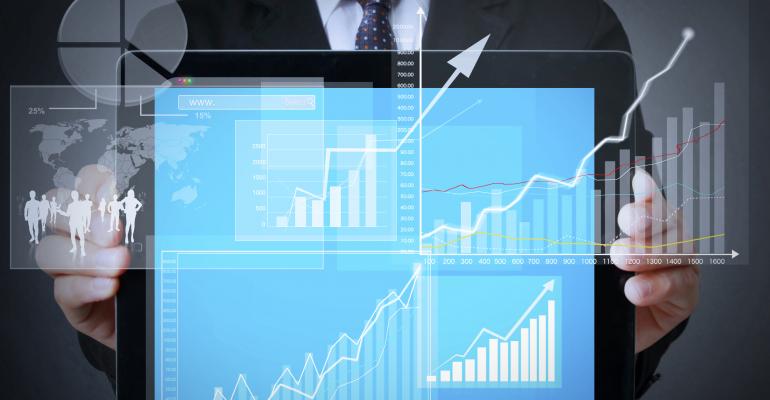 Rising Interest Rates, Bid/Ask Gap Lead to Tempered Growth in Investment Sales in First Half of 2018

Amid uncertainties related to rising interest rates, the over-extended real estate cycle and a lingering bid/ask gap, investment sales volume remained steady in the first six months of the year, while one property sector—hotels—posted a standout performance.

This is slightly ahead of the pace seen in 2017, though much of the activity in the first half of the year was driven by big portfolio deals, a trend likely to continue in the third quarter, notes Jim Costello, senior vice president at RCA, which tracks sales valued at over $2.5 million.

The overall level of activity bodes well for the industry, says Costello. “Just a short while ago, we had a steady drumbeat of deal volume falling every quarter,” he adds. “And in some cases, when you look at some individual property types, it really was a big quarter.”

According to the research firm CoStar Group, the first half of 2018 saw about $270 billion worth of investment sales transactions, a 2.0 percent decrease year-over-year. However, this figure is likely to change as more data from June sales rolls in, and might end up being nearly flat with last year, says Jack Mulcahy, credit risk analyst at CoStar. “Surprises aren’t usually welcome this late in the cycle,” he says. “It’s kind of reassuring 2018 is looking like 2017.”

Chris Ludeman, global president of capital markets at real estate services firm CBRE, says while the numbers may be off from the peak seen in 2015, there were no significant surprises in deal volume in the first part of the year. “If you look at it on average, they’re still at levels [that are] historically strong and sound,” he says.

RCA’s  commercial property price index (CPPI) was up 6.5 percent year-over-year in the second quarter, and cap rates on transactions involving all properties averaged 6.4 percent—a 13 basis-point increase from the same period in 2017. The price index tracked by Ten-X, an online real estate platform, marked a slight year-over-year increase, of just 0.3 percent, in July. This broke a three-month streak of year-over-year declines. At the start of July, research firm Green Street Advisors reported that its CPPI was flat in June, with pricing at year-end 2016 levels.

“We started off thinking that 2018 would be stronger and certainly with the stats as they exist today, we’re relatively flat,” says Michael Weiser, president of GFI Realty Services, a New York-based brokerage firm.

On the one hand, the steadiness of the transaction volume reflects that the market is as strong as last year, even if it is weak compared to the cycle’s previous high in 2015, says Woody Heller, New York-based vice chairman and co-head of capital markets with real estate services firm Savills Studley. “People are still transacting even though many people are fearing that there is going to be an adjustment,” he says.

But there also is a lingering sense of conservatism in the market. Transaction volume remains less-than-stellar even with plenty of capital in the marketplace. This is because sellers, thanks to the booming debt markets, have the option to refinance their properties and wait for better pricing, Heller says. “The problem is incongruency between seller expectation and buyer tolerance,” he adds.

And in a later stage of the real estate cycle, buying selectively is the way to go for many investors, Heller says. “Most funds still have plenty of time, so they’re not running out of investment runway,” he notes.

Questions also remain about the pace of interest rate increases, following nearly 10 years of historically low rates. Buyers now have to anticipate a higher exit cap rate once their hold period is up; some may not make as much money as they expect, Weiser says. “I think people are less comfortable with that,” he says.

Among the various property sectors, hotels saw the biggest year-over-year gain in deal volume during the first half of the year, according to data from both RCA and CoStar. The office sector suffered the greatest loss.

RCA found that the hotel sector, which has been experiencing high occupancy and rising room rates, saw a 38 percent increase in deal volume year-over-year—with total of $19.9 billion in sales. CoStar reported $18 billion in hotel sales, or growth of 31 percent year-over-year.

“We’re seeing a larger shift to hotel deals, and that may be a result of low volume in 2017 that’s propelling the year-over-year figures,” says Mulcahy. Many of these deals are closing in top-tier markets, such as New York City, he adds.

As for office assets, which have seen setbacks amid the growth of co-working companies and changing work environments, CoStar found that deal volume dropped 14 percent year-over-year for the first half of 2018, to $57.6 billion from $67 billion in 2017.

RCA noted a 13 percent plunge, and that the suburban office subsector fared better than assets in central business districts (CBD). Suburban office deal volume slid 10 percent year-over-year in the first half of 2018, compared to a 17 percent drop for CBD office assets.

Mulcahy says this drop reflects the risks associated with the office sector. “You’re seeing a demographic shift,” he says. “You can work remotely, there are other office alternatives, and the demand for [traditional office space] is slowing down.”

There was also a surprise in the retail sector, which saw a 39 percent year-over-year sales volume surge in the second quarter, with $20.7 billion worth of deals, according to RCA. But Costello notes that this increase was primarily the result of Unibail-Rodamco completing its acquisition of mall owner Westfield Corp. The $16 billion deal was announced in December. For the first half of the year, retail deal volume was 1 percent higher than it was for the same period in 2017.

The retail sector, facing continued challenges from shifting shopping behaviors and retailer bankruptcies, saw the lowest price gain year-over-year in the second quarter, of just 0.9 percent, according to RCA’s CPPI.