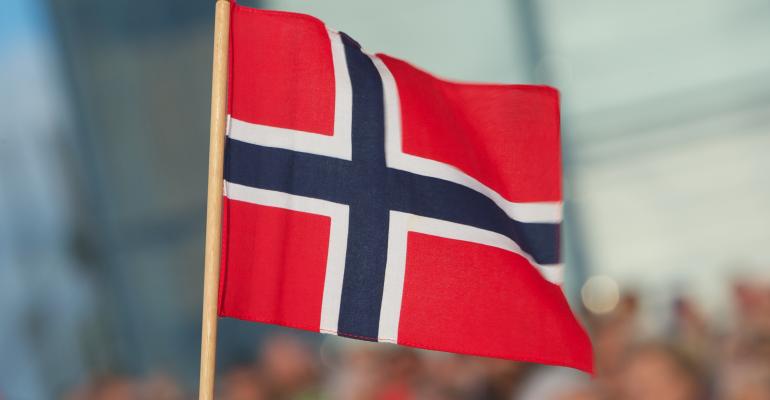 (Bloomberg)—Even Norway’s politicians are worried they might be taking too much money from their sovereign wealth fund.

The government on Thursday revealed plans to withdraw 121 billion kroner ($15 billion) from the $890 billion fund next year as part of an oil-fed spending bonanza that’s filling a budget hole that’s almost 8 percent of gross domestic product.

As recently as 2015, Norway was using oil revenue to replenish its wealth fund. Now, it’s taking out more than half its estimated income from bonds, dividends and real estate to make up for lost oil revenue. Though the fund was created to help Norway cope with tougher times, the withdrawals have started much earlier than expected.

“What’s worrying is the enormous pace,” said Torstein Tvedt Solberg, a member of parliament and a finance committee member for Labor. The largest opposition party has asked the fund “about the threshold for when it becomes really problematic for them and the signal they’ve given us is that it’s 150-200 billion kroner. With the pace we’re seeing now, we’re beginning dangerously fast to come close to the critical level.”

The fund, which was created in the 1990s to safeguard Norway’s oil wealth for future generations, has warned that the outflows will affect its ability to deal with risks.

Egil Matsen, the deputy governor at Norway’s central bank who’s also in charge of oversight of the fund, told Bloomberg in August that the withdrawals are “relevant for how we think about the risk-bearing capacity of the fund.”

“Say you have a decline in the equity market, and these returns have been partly funding the government, do you want variations in international financial markets to have a direct impact on fiscal policy?”

The wealth fund declined to comment on the new budget estimates, when contacted on Thursday. It’s due to release preliminary third-quarter results on Friday.

Terje Breivik, a lawmaker for the Liberal Party, which supports the minority government, said it’s clear Norway can’t keep setting “world records in oil money spending. Our spending is too high when taking into account the sustainability of the oil fund.”

Finance Minister Siv Jensen dismissed the criticism and said the administration is using the fund as was intended. According to a fiscal policy rule, the government is allowed to use oil income equivalent to 4 percent of the fund. Its budget proposal corresponds to 3 percent. But the rule was created at a time when the fund was considerably smaller than it is now.

Norway is western Europe’s biggest exporter of oil. Lower crude prices since 2014 have hurt the economy and led to higher unemployment. Jensen said that development justifies digging deeper into the fund.

“Now that we are in an extraordinary situation, hit by the biggest oil price shock in 30 years, it would be crazy if we didn’t have an expansionary fiscal policy,” she told Bloomberg. Jensen rejected suggestions that the fund was “vulnerable.” She described it as “rock solid.”

But the fund’s managers have warned it’s getting harder to live up to a real return target of 4 percent. It has returned 3.43 percent over the past 10 years and 5.78 percent over the past three years. For now, planned withdrawals aren’t big enough to force the fund to sell assets. It estimates income from dividends, real estate and bonds will reach 207.5 billion kroner next year, almost double the amount the government plans to withdraw.

“The reason the fund has been able to keep costs low is precisely that we’ve had the means to reallocate to new strategies, make new investments and avoid having to sell to buy,” he said. “As soon as you enter what you could call a new phase for the fund’s management, management costs will increase and the potential gains will go down.”