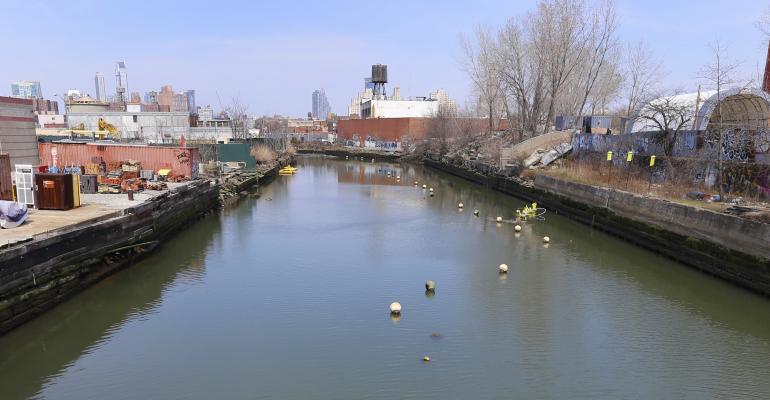 SL Green, one of New York’s biggest real estate companies, owns 95 percent of the parcel, purchased in 2014 for $72.5 million.

(Bloomberg)—SL Green Realty Corp. and Kushner Cos. are selling a development site in Brooklyn.

The deal for the 3-acre (1.2-hectare) plot in the gentrifying Gowanus area values the land at $115 million, SL Green said in a statement Thursday. Aby Rosen’s RFR Realty LLC is the buyer, two people with knowledge of the agreement said on Wednesday.

SL Green, one of New York’s biggest real estate companies, owns 95 percent of the parcel, purchased in 2014 for $72.5 million. Kushner Cos. shares the remaining 5 percent with LIVWRK, a Brooklyn-based development firm. SL Green expects to receive net proceeds of about $70 million from the sale, slated for completion by the end of the month.

“SL Green is pleased to have partnered with Kushner and LIVWRK on this investment, which yielded excellent results for all stakeholders in the joint venture,” SL Green President Andrew Mathias said in the statement.

The 140,000-square-foot (13,000-square-meter) Gowanus lot is one of several New York properties in which the Kushner Cos. stake is in the single digits. The firm was led by Jared Kushner, who transferred some of the company’s assets to family members upon becoming a senior adviser to President Donald Trump, his father-in-law.

Kushner Cos. owns a much larger chunk of its Manhattan trophy tower, 666 Fifth Ave., and is in talks to buy back the 49.5 percent interest it sold to  Vornado Realty Trust as part of a 2011 refinancing agreement.