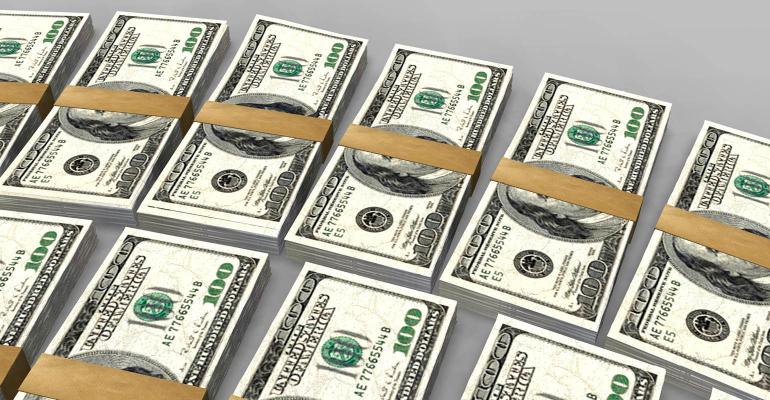 Sovereign wealth fund assets more than doubled in the last decade, to $7.45 trillion from $3.1 trillion in 2008, according to industry tracker Preqin.

(Bloomberg)—It’s too early to call it, but the U.S. buying binge by sovereign wealth funds may end soon, according to Bank of America Corp.

Government-run funds have piled into the U.S. this decade, snapping up prime properties and stakes in hot tech companies -- most notably of late, the Tesla Inc. stake acquired by Saudi Arabia’s Public Investment Fund. Their trades were probably rewarding: U.S. economic growth hit a four-year high last quarter, unemployment is below 4 percent, and the S&P 500 Index is near a record, up more than 60 percent over the past five years.

“Investors such as SWFs and public pensions have been focused and enjoying the ride in the U.S. for the last couple of years, and certain indicators seem to still be constructive,” Woody Boueiz, global head of sovereign wealth funds at Bank of America, said in an interview. “It’s unclear what the trigger will be, but at some point I’d expect the weighting towards the U.S., and specifically certain sectors, to witness a rotation.”

Some signs of a peak are emerging in the U.S., where housing is headed for its broadest slowdown in years. The S&P 500’s price-earnings ratio is on track to surpass 20 for the third year running, the longest stretch since the turn of the century.

“Valuations feel fairly high, which makes it more challenging to put money to work,” said Boueiz, who is also co-head of corporate and investment banking for the Middle East and North Africa. “I wouldn’t be surprised to see a tactical rotation towards places such as emerging markets and Asia. SWFs and public pensions continue to be attracted by income-yielding assets such as infrastructure, real estate, power and data centers, but that space is getting crowded, especially in the developed markets.”

Sovereign wealth fund assets more than doubled in the last decade, to $7.45 trillion from $3.1 trillion in 2008, according to industry tracker Preqin. The pool is global, with almost a third based in the oil-rich Persian Gulf. Their investments span all asset classes, from stocks and bonds, to real estate, private equity, and increasingly in direct acquisitions.

Such state investors have occasionally acquired companies in the past, usually with co-investors. This is changing as the funds develop capacity to execute deals on their own, Boueiz said, and it’s also forcing the banks that service them to pitch transactions they would have historically reserved for private equity firms.

One example is when France’s Schneider Electric SE agreed in May to lead a $2.1 billion buyout of the electrical and automation division of Larsen & Toubro Ltd., India’s largest engineering and construction company. Singaporean investment company Temasek Holdings Pte was also involved, acquiring a 35 percent stake in the unit.

As SWFs and public pensions get “more confident and build up their teams internationally, we are seeing them do more direct deals,” Boueiz said. “Increasingly, they are acting as a source of liquidity in large corporate transactions, being it on the debt or equity front. They are long-term investors with less constraints than general partners and that plays to their advantage.”