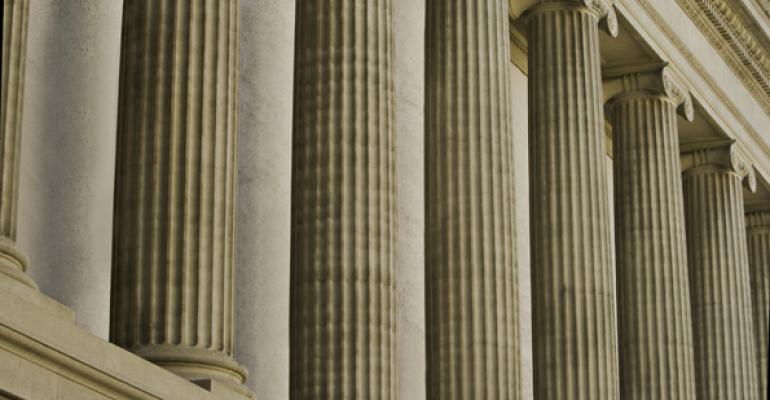 Nellie Liang, a senior fellow at the Brookings Institution, is a former Federal Reserve economist.

(Bloomberg)—President Donald Trump plans to nominate Nellie Liang, a former Federal Reserve economist with expertise in financial stability, to the central bank’s Board of Governors, the White House announced Wednesday.

Liang is currently a senior fellow at the Brookings Institution in Washington and previously led a Fed board division in charge of financial stability policy and research.

If confirmed by the Senate, she would join the central bank’s board and its policy-setting Open Market Committee as the Fed confronts a build-up of financial dangers. The gradual pace of interest-rate hikes and low long-term borrowing costs globally have caused investors to take on more risk as they search for higher returns.

At least four Fed officials have called on the Fed board to raise bank capital standards to build a larger bulwark against a market downturn. Liang would be a forceful voice in that debate.

“She’s a phenomenal choice,” said Julia Coronado, a former Fed staff economist and founder of Macropolicy Perspectives LLC in New York. “She has incredible depth in financial markets. She led the restructuring of their regulatory framework.”

Liang rose through the ranks at the Fed to become the first head of a new division created after the 2008 financial crisis by former chairman Ben S. Bernanke to monitor and research financial stability issues. She had direct access to Fed governors as head of the division, enhancing her influence.

She is a firm believer in market systems, and that the Fed’s job isn’t to bail out losers or provide a safety net for excesses. She hews closely to research and data analysis and avoids offering opinions on topics she hasn’t studied.

Liang and co-authors from the International Monetary Fund published a paper last month which found that looser financial conditions that bolster economic growth in the near-term carry heightened risks of significant slowdowns or recession in the future.

She has spoken and written approvingly of many of the reforms put in place after the last crisis, arguing that significant progress has been made to increase the resilience of the financial system.

“Policymakers now should evaluate the net effects of the substantial set of new regulations on growth, although financial systems are still adjusting and it may yet be too soon to make major changes,” she said in presentation to the Peterson Institute for International Economics last October.

In a blog post for Brookings in February, Liang defended the severity of the Fed’s regular stress tests of the country’s biggest banks.

“It is quite plausible that the next recession will be severe for even moderate-sized shocks” to the economy, she wrote.

As for monetary policy, Krishna Guha, vice chairman at Evercore ISI, said she may favor the view that there are times when it ought to push against potential market excesses.

“Our initial take is that she would likely start off near the center of the committee, but may lean a bit hawkish in circumstances in which risk appetite is strong,” Guha, a former official at the New York Fed, wrote in a report to clients.

Liang has worked since February 2017 at Brookings, where she’s affiliated with the Hutchins Center on Fiscal and Monetary Policy.

Glenn Hutchins, the private-equity financier who established the center with a $10 million donation five years ago, is a board member at the New York Fed and was co-chair of the committee that selected John Williams to lead that institution.

Fed Chairman Jerome Powell has worked with Liang and held a party at his Maryland home last year when Liang departed the Fed.

Liang would fill the remainder of a board term that expires in 2024. Since taking office, Trump has sought to fill the Fed’s top echelon with mainstream economists despite using Twitter and interviews to admonish the central bank for raising rates.

Rich Clarida, previously a global strategic adviser at Pacific Investment Management Co., was sworn in as vice chairman on Monday. The Senate has still to confirm two other Trump picks, Michelle Bowman and Marvin Goodfriend.