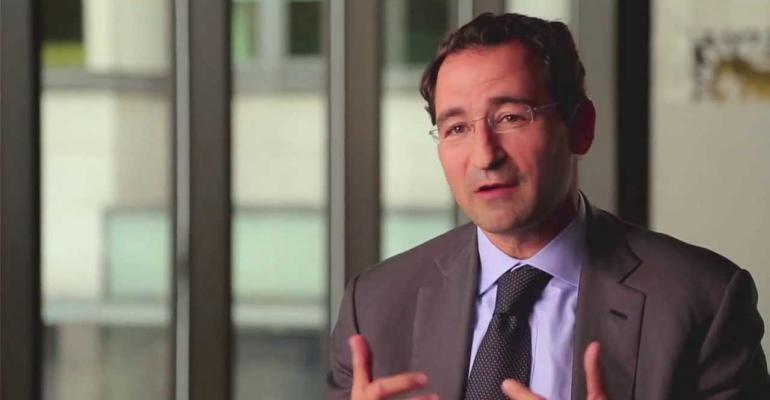 (Bloomberg)—President-elect Donald Trump discussed the possibility of naming Blackstone Group LP’s Jon Gray as Treasury secretary during a half-hour meeting the two held Sunday, according to people familiar with the events.

Gray, 46, a billionaire who oversees real estate at the world’s biggest manager of alternative assets, is a Democrat who financially supported Hillary Clinton during the campaign. He’s one of a number of business executive to be considered for the role by Trump’s transition team, joining a list that includes Trump campaign finance manager Steven Mnuchin; David McCormick, the president of hedge fund Bridgewater Associates; and billionaire Wilbur Ross.

Ross, a distressed-debt investor, met with Trump on Sunday and is also being considered to lead the Commerce Department, people with knowledge of the deliberations have said. Ross entered his meeting at the Trump National Golf Club in Bedminster, New Jersey, about 10 minutes after Gray exited his, which lasted about 32 minutes. McCormick later arrived at the golf resort.

Gray didn’t immediately respond to calls and e-mails seeking comment. Representatives for Blackstone and Trump’s transition team declined to comment on the nature of the Treasury secretary discussion.

Gray’s real estate unit of New York-based Blackstone managed $102 billion in investor capital as of Sept. 30. Considered a possible successor to Chief Executive Officer Steve Schwarzman or President Tony James, Gray joined the firm in 1992 out of the University of Pennsylvania, where he majored in English and economics, studying the latter at the Wharton School. Trump graduated from Wharton in 1968.

The expansion of his group and the success of some of the deals he’s worked on, including the $26 billion buyout of Hilton Worldwide Holdings Inc. in 2007, has given Gray a net worth of about $1.5 billion, according to the Bloomberg Billionaires Index.

Speaking at a conference in New York last week, Gray said fiscal spending will probably accelerate, especially on infrastructure, under Trump. Blackstone may explore more investments in infrastructure, he added.

“It’s fair to say that the economic narrative has changed,” said Gray.