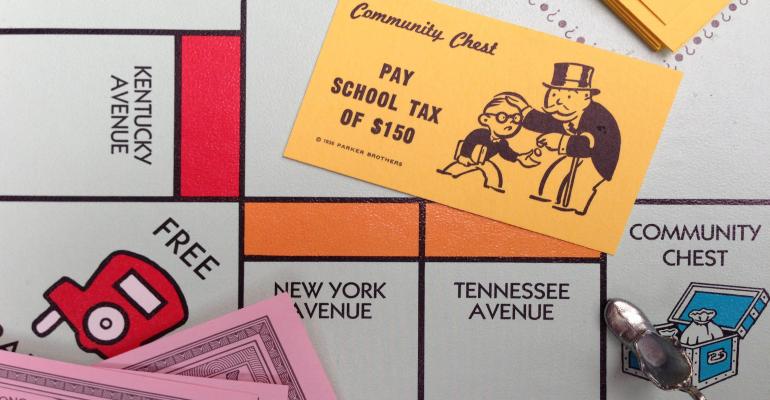 The share of cities reporting that they’re more able to meet their financial obligations than they were a year ago slipped to 69 percent, the least since 2012.

(Bloomberg)—The financial gains for U.S. cities are showing signs of slowing, with the number reporting improvement dropping to a five-year low as revenue growth slows and they face pressure to spend more on infrastructure, according to a National League of Cities’ annual survey.

City general-fund revenues are projected to increase by just 0.9 percent this year, compared with 2.6 percent in 2016, as property-tax growth slows and sales and income-tax collections drop, the report said. The share of cities reporting that they’re more able to meet their financial obligations than they were a year ago slipped to 69 percent, the least since 2012, when many were still contending with some of the fiscal aftermath of the housing crash and recession.

“This year’s results point to the potential start of a contraction in the municipal sector after optimism about growth hit a peak in 2015," according to the report, which is based on results from 261 cities.

The biggest drags on municipal finances stem from the need to rehabilitate aging infrastructure and the cost of employee wages and benefits: Ninety-two percent of officials reported that the cost of infrastructure increased and 93 percent said wages rose.

The projected pullback from the fiscal gains of recent years may not be as significant as suggested by the survey, given that officials frequently take a conservative approach to forecasting by underestimating revenue growth and overestimating projected spending. Over the past two years, municipal revenue increases have outpaced spending growth, giving governments an opportunity to shore up their reserves, the report said.

Growth in property-tax collections, typically the biggest source of municipal revenue, is anticipated to slow to 1.6 percent in 2017 from 4.3 percent the prior year. Meanwhile, the continued growth of Internet commerce is weighing on sales-tax revenue.

Loathe to raise property taxes or restrained by law from doing so, the most common action taken to boost city revenue is to increase fees. Two in five finance officials said their city raised fee levels, while one in four reported increasing the number of fees that are applied to services.

“Cities are stuck between a rock (property tax caps) and a hard place (limited online sales tax authority) often resulting in the increase of fees for services," the report said.