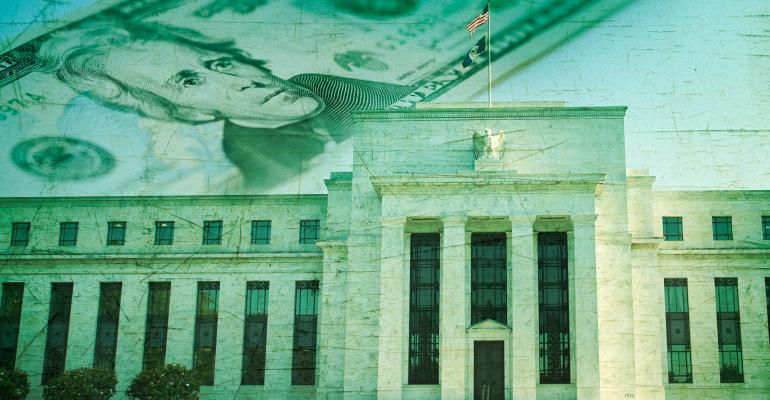 Is U.S. Economy Solid or Needing Rate Cut? Jobs Data Back Both

The new jobs report showed that the economy is strong, but that it’s not enough to revive inflation.

(Bloomberg)—The U.S. jobs report had something for everyone on Friday, bolstering views that the economy is rebounding from a soft patch but not by enough to revive inflation.

Surprisingly strong payroll gains of 263,000 in April and the lowest unemployment rate since 1969 calmed some fears that a recession could be brewing. Meanwhile, the lack of a surge in wages kept alive speculation on Wall Street that the Federal Reserve will still be forced to cut interest rates.

While some analysts labeled it a “Goldilocks” report for being neither too hot nor too cold, traders maintained bets the Fed will lower rates by mid-2020, and White House economic adviser Larry Kudlow said he thinks the central bank will eventually make a reduction. For now, Fed Chairman Jerome Powell will likely feel validated in having resisted such pressure.

U.S. stocks advanced, trading near a record, while Treasury yields and the dollar retreated, reflecting the cross-currents facing investors.

“It shows an economy that’s still looking to add labor and continue to expand,” said Michelle Meyer, head of U.S. economics at Bank of America Corp. She said there’s no need for the Fed to consider cutting interest rates, though the lack of price pressure suggests “there is a little more slack in the labor market than perhaps people had been giving credit to.”

The gain in payrolls exceeded all estimates in a Bloomberg survey. The jobless rate unexpectedly fell to a fresh 49-year low of 3.6 percent while annual average hourly earnings growth was unchanged at 3.2 percent, below projections.

The lower unemployment reading was due in part to a factor economists don’t always see as a healthy sign: The participation rate, or share of working-age people in the labor force, decreased to 62.8 percent from 63 percent.

“The April jobs report provided further confirmation that the pace of hiring is recovering from its February swoon. While payroll gains are handily exceeding the threshold necessary to drive the unemployment rate lower, the drop in April -- to 3.6 percent -- is largely attributable to declining participation.” -- Carl Riccadonna and Yelena Shulyatyeva, economists

The payroll gains were somewhat uneven, with construction, health care, and professional and business services posting gains while retail employment fell by 12,000 for a third-straight decline and manufacturing showed a tepid increase of 4,000.

A separate report on Friday showed a gauge of U.S. service industries unexpectedly dropped for a second month, slipping to the lowest level since August 2017 and suggesting economic momentum might not be as sturdy as the jobs data indicated.

Still, the surprising overall robustness -- which didn’t reflect a big surge in temporary hires for the 2020 Census, as some analysts had projected -- follows months of broad labor market strength. While the expansion is poised to become the nation’s longest on record at midyear, economists expect a deceleration this year even after a strong first quarter.

“It’s clearly telling you this economy is still chugging along very nicely,” Torsten Slok, chief economist at Deutsche Bank Securities, said on Bloomberg Television. “It is inflationary in the sense that wages did go up but they didn’t go up as much as we had expected.”

“Goldilocks is the best description of this,” Slok said.

Average hourly earnings rose 0.2 percent from the prior month -- analysts had expected 0.3 percent -- after an upwardly revised 0.2 percent rise in the prior period. Wages for production and nonsupervisory workers accelerated to a 3.4 percent annual pace, signaling gains for lower-paid employees.

While temporary federal government hiring for the Census Bureau’s 2020 count may be poised to give nonfarm payrolls a boost, that wasn’t cited in Friday’s Labor Department report. Federal employment excluding postal jobs rose by 12,500, still the most since 2010, to 2.21 million. Even so, analysts at Bank of America and UBS Group AG said census hiring probably gave some boost to payrolls in April.