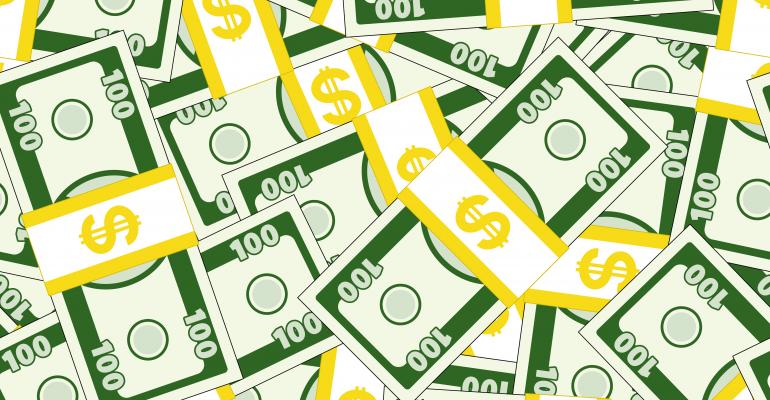 Sales of commercial real estate collateralized loan obligations are expected to double from last year to as high as $20 billion this year, which would be the highest since 2007.

(Bloomberg)—Investors are breathing life back into a once-dead financing tool. The market for bundled loans used to fund riskier real-estate projects is on pace for a post-crisis record after all but disappearing during the 2008 crash.

Sales of commercial real estate collateralized loan obligations are expected to double from last year to as high as $20 billion this year, which would be the highest since 2007, according to industry analysts.

The renaissance of the so-called CRE CLOs -- which are used to fund properties that don’t qualify for traditional financing, such as suburban office complexes, multi-family housing and malls that are in transition -- is being hotly debated. Some investors like the better returns and protection from rising interest rates from the floating-rate securities, while others warn of the higher risk of defaults and looser underwriting standards.

“Right now there’s still decent discipline in the market -- although there may be some outliers on certain deals -- but there is always risk for any commercial real estate business plan,” said David Eyzenberg, president of the New York City-based commercial real estate investment banking firm Eyzenberg & Co. “With CRE CLOs, the cash flow that’s there today is almost irrelevant to what happens later.”

A smattering of CRE CLO deals started a comeback starting in late 2011, mostly with safer mortgages and a stable pool of assets. But this is the first year that the market has returned with relatively strong issuance. The revival joins other financing products that were popular before the crisis: synthetic collateralized debt obligations in Europe, collateralized fund obligations and private-label residential mortgage-backed securities.

The intense demand for the CLOs has cut costs for issuers, making them a cheaper source of financing compared with lines of credit from banks or more traditional lending. This has encouraged non-bank lenders and real-estate investment trusts to lend for the first time to troubled or developing properties.

“There’s a vacuum for properties that are more transitional, and this fills it,” said Edward Shugrue, chief executive officer of Talmage LLC, which invests in commercial real estate debt. “It’s not necessarily worse quality, but the cash flows are not as mature.”

Smaller REITs and debt funds such as LoanCore Capital and Money360, as well as industry behemoths such as Blackstone, which priced its first and the largest CLO since the crash in December, have rushed into the market.

A good example of that rush happened earlier this month. Investors snapped up a AAA rated piece of a CRE CLO with one of the tightest spreads over Libor seen in months, despite it being the most highly leveraged CRE CLO that Kroll Bond Rating Agency rated in the last year, according to the firm.

Still, many investors see these products as much safer than before the crisis because there are more protections built in and issuers have skin in the game.

Some of the crisis-era trades were called “kitchen-sink” deals, because all kinds of collateral, including the lowest-rated pieces of other deals, were thrown in, Shugrue said. The newer deals are different as they are mostly backed by first mortgages and issuers typically “eat their own cooking” by keeping a piece of the CLO, he said.

“The newer version is bread-and-butter collateral, and represents an ideal use of the structure to fund non-traditional lenders who have meaningful skin in the game,” said Shugrue.