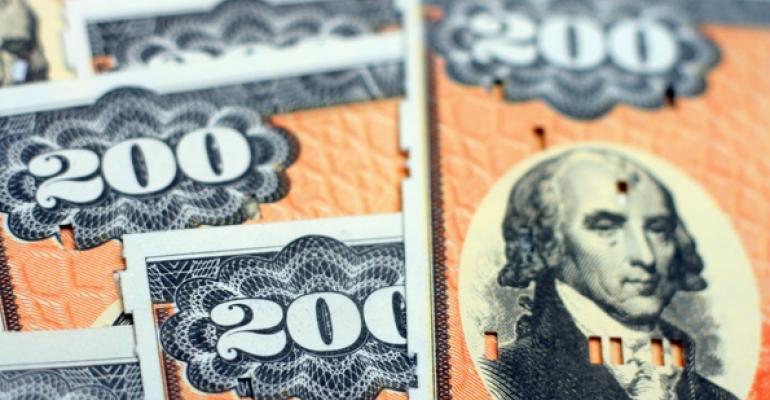 (Bloomberg)—WeWork Cos. is tapping the bond market for the first time, seeking $500 million to help finance its aggressive global expansion.

WeWork, founded in 2010 by a pair of American and Israeli entrepreneurs, is plotting a global expansion with a $4.4 billion investment from SoftBank that just this month saw it buy a Chinese startup and an office complex in London. While the New York firm’s financial metrics may be thinner than debt investors usually insist on, the success of borrowing efforts by Uber, Netflix and Tesla Inc.-- sharing the same flashy, trendy brands and devoted followers -- suggests the proposal may fly in a market wide-open and hungry for debt.

"As a company in a sustained growth mode, WeWork is not profitable on a combined basis, as significant growth operating expenses more than offset existing property cash flows," Fitch Ratings said in a report Tuesday.

Fitch gave the company a rating of BB-, three steps into junk. S&P Global Ratings rated the company B, five steps below investment grade, with a stable outlook. The new notes are rated one step higher at B+.

WeWork began business by leasing office space and renting desks to New York’s creative set, with unusual work perks such as microbrews on tap and a “community manager” who programs events such as book clubs and Ping-Pong tournaments. It now has 234 locations locations across 22 countries, company documents show, with a portfolio of short-term co-working spaces, mainly leased from landlords on long-term rental agreements.

Lease flexibility, a major perk for potential WeWork tenants, also poses one of the company’s biggest risks. The company is subject to "mismatched terms" when it takes 10- or 20-year office leases from landlords and then offers companies month-to-month rental options, according to Fitch.

For now, WeWork can manage the risk because its spaces are in high demand and it doesn’t need full occupancy to break even. But the eight-year-old company has yet to operate through a broad commercial real estate downturn.

"We are generally uncomfortable when an equity story drives a debt issuance, especially when cost of capital is cheap,” said Niklas Nordenfelt, a high-yield senior portfolio manager at Wells Fargo Asset Management.

SoftBank’s investment, made with its Vision Fund in August, helped increase the company’s valuation to about $20 billion at the time and allowed some shareholders to cash out. The company has grown from 44,000 desks as of December 1, 2015, to 251,000 as of March 1, the bond documents show. Still, despite more than doubling desks last year, its occupancy rate increased to more than 80 percent on Dec. 1, 2017, from 76 percent a year earlier, according to the documents.

WeWork’s debt proposal was marketed to investors last week in New York, Boston, Los Angeles and San Francisco, a person with knowledge of the matter said, asking not to be identified discussing a private matter. The proposal is for seven-year, senior unsecured bonds that are expected to price April 26.

In the bond documents, WeWork said it "received funding from a diverse and committed investor base that provides not only financial support but also strong institutional knowledge.” Representatives at the company declined to comment beyond that.

WeWork’s debt market journey is a familiar one. Like Tesla, Uber and Netflix, it went from startup to stratospheric, disrupting age-old markets and cultivating devoted followers to its brand en route.

WeWork could significantly increase the size of the bond sale based on investor demand, which is currently being marketed to U.S. investors, the Financial Times reported Monday, citing five people with knowledge of the planned sale. Uber, Netflix and Telsa, too, were able to increase their borrowings.

“The deal will get done, as people like the story given WeWork’s brand recognition and initial success as an industry disruptor,” said Robert Arnold, a New York-based portfolio manager at TwentyFour Asset Management. “But from a bond perspective, the company is issuing debt to fund growth, so you have to buy into in the multi-year, cash-flow story at this point in the cycle.”