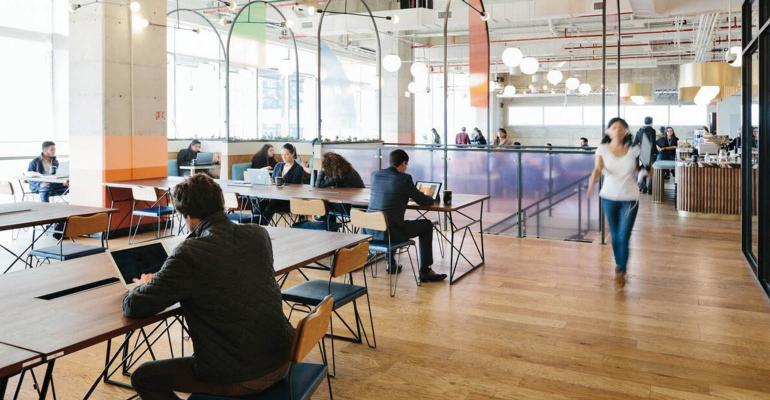 WeWork Is Said to Be in Talks for $2.75 Billion Credit Line

The company is negotiating for a credit line ahead of its planned IPO.

(Bloomberg)—WeWork Cos. is in talks with banks about arranging a $2.75 billion credit line ahead of a planned initial public offering, according to people with knowledge of the matter.

JPMorgan Chase & Co. is leading the potential financing, said the people, who asked not to be identified because the plans aren’t public. Representatives for the bank and WeWork declined to comment.

WeWork, which rents office space and desks to workers around the world, said in April it had filed paperwork confidentially with the U.S. Securities and Exchange Commission for an IPO. It could be the year’s biggest offering after Uber Technologies Inc. WeWork's largest backers include SoftBank Group Corp., which earlier this year decided against taking a controlling stake.

WeWork was founded in 2010 and rose to become one of the world’s most valuable startups. The New York-based company has ambitions to go beyond the office with nascent businesses in apartment rentals and elementary schools. It took a symbolic step toward encapsulating those goals in January by rebranding itself as We Co., though it hasn't reincorporated under the new moniker.

WeWork said earlier this month that its loss narrowed slightly to $264 million in the first quarter. Its IPO will test public investors’ appetite for another tech-infused, cash-burning business after Uber’s disappointing debut.