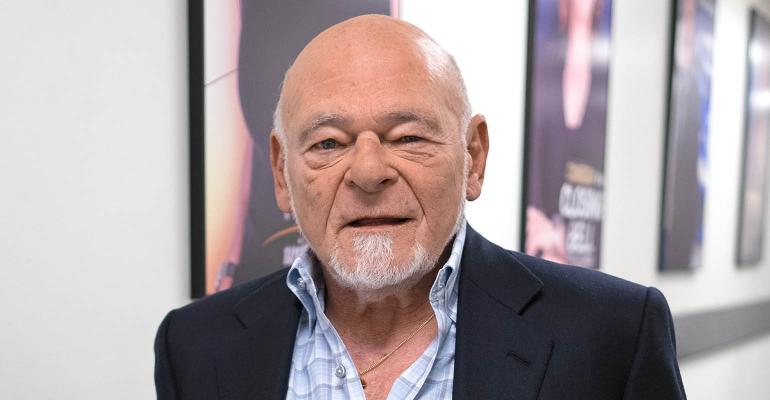 Terry Holt, a representative for Zell at Chicago-based Equity Group Investments Inc., said he canceled his trip to New York due to a scheduling conflict.

(Bloomberg)—Billionaire Sam Zell has been removed as a keynote speaker at a Mizuho Americas conference following a vulgar comment he made about women earlier this month.

Zell was slated as the speaker during lunch at the Mizuho global REIT and real estate conference on June 27 at the Lotte New York Palace hotel, according to a May invitation that described him as a “prolific real estate entrepreneur.” But Zell’s name no longer appears on an updated schedule sent to clients in the past week and seen by Bloomberg. His invitation to speak was rescinded because of his offensive remark, according to a person with knowledge of the decision who asked for anonymity because the move wasn’t public.

Terry Holt, a representative for Zell at Chicago-based Equity Group Investments Inc., said he canceled his trip to New York due to a scheduling conflict. Zell spoke at the same conference last year. A spokesperson for Mizuho Americas, an arm of Mizuho Financial Group Inc., wasn’t immediately available to comment.

Zell, 76, used a vulgarity on June 6 to describe women during a discussion on gender diversity at a conference organized by the National Association of Real Estate Investment Trusts, or Nareit. Mizuho was the only platinum sponsor of that event, a level higher than that of other investment banks. Zell later apologized for the remark.

Holt said that Zell’s next speaking engagement is in the fall, but declined to identify the event.