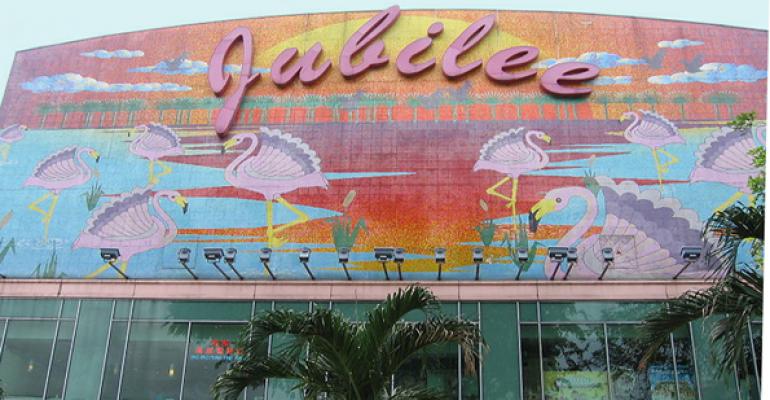 Josh Burmeister and Buff Teague, of SRS Real Estate Partners, represented the buyer in the transaction.

Fashion Square LP bought an 89,249-sq.-ft. Kohl’s ground lease in Port Orange, Fla. from Cole Ko Port Orange FL LLC for $12 million. The deal closed at a cap rate of 6.23 percent. The building was completed in 2008. Chris Bosworth, of CBRE, represented the seller in the transaction. Eric P. Wohl, of Hanley Investment Group, represented the buyer;

A private investor bought a 2,926-sq.-ft. Circle K in Henderson, Nev. from Pacific National Properties LLC for $1.075 million. The transaction closed at a cap rate of 6.7 percent. The building was completed in 1979. Arthur Pfefferman, of Coldwell Banker Commercial, represented the buyer in the transaction. Eric P. Wohl represented the seller.

HFF Secures $23.5M Loan for The Plaza at the Border

HFF secured a $23.5 million loan on behalf of The Shamrock Group LLC for The Plaza at the Border, a 98,000-sq.-ft. retail center in San Ysidro, Calif. Prime Finance provided funding for the non-recourse loan, which features a floating rate and a five-year term. The Shamrock Group will use the proceeds from the transaction to replace a construction loan, as well as for tenant improvements and leasing costs.

The Plaza at the Border was completed in 2012. It is currently 79 percent leased, with tenants including TJ Maxx, Ross Dress for Less, Vitamin Shoppe, Fashion Q and ULTA.