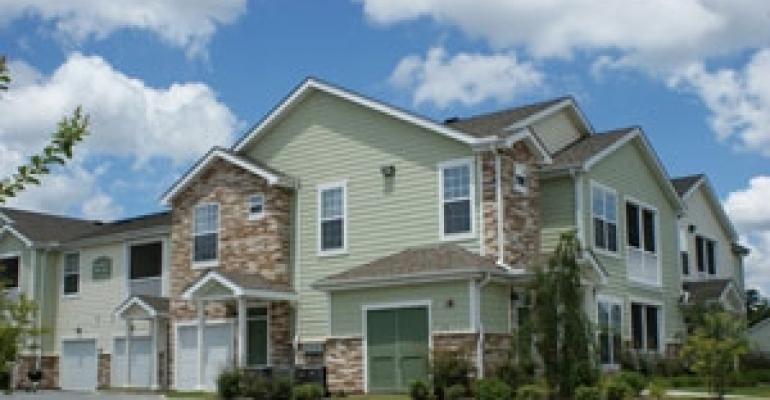 Investors Look to Secondary and Tertiary Markets for Multifamily

Investors tired of paying super-high prices for apartment properties might follow the lead of Panther Properties Investment LLC, which just bought the Effingham Parc Apartments, located a few miles outside of Savannah, Ga.

“We are at that point in the cycle when in search of yield, investors look to secondary and even tertiary markets,” says Dan Fasulo, managing director of data firm Real Capital Analytics, regarding the sale, which closed in July.

The Effingham deal could represent the shape of things to come—as investors once again begin to pay respectable prices for class-A assets in these strengthening secondary markets. Panther Properties paid $30.8 million for Effingham, or about $87,500 per apartment for the class-A, 352-unit property. The capitalization rate for the deal works out to 7.25 percent, based on trailing three-month occupancies, according to Panther. Cap rates represent the annual income a property as a percentage of the sale price.

“I’m not going to pay a 5 percent cap rate for a property in Atlanta,” says Eric Wardrop, vice president of acquisitions for Panther Properties. Panther targeted Savannah as a market to invest in four years ago. The city is one of the fastest-growing employment centers in the country. Its container port is the fourth largest in the U.S. and aims to triple its current activity level by 2030. This July, President Obama announced that a dredging project for the port will be placed on the funding fast-track, with all necessary federal reviews to be finished by November.

The apartment market in Savannah has now almost absorbed all the new apartments built just before the crash, says Wardrop. In the second quarter, 6.8 percent of apartments in the area were vacant, according to data firm Reis, Inc., based in New York City. That’s down from a peak of 12.3 percent two years before, but it’s still higher than the national vacancy rate of 4.7 percent.

Effingham Parc is fully occupied, with a vacancy rate of roughly 4 percent—though Panther is willing to accept slightly higher vacancies as rents increase. “We are already pushing rents,” says Panther’s Wardrop. The Effingham now earns about 90 cents per square foot in monthly rent. “We’d like to get that closer to a dollar,” he says.

The purchase marks Panther’s sixth acquisition since 2010. It is their second purchase in Georgia, the first being Mandalay Villas Apartments in McDonough, Ga., acquired in the spring of 2011. “Any secondary and tertiary market in the southeast… we look at all of them,” says Wardrop.

Solidly suburban, Effingham Parc (formerly known as Springs at Effingham), is spread over 40 acres in Rincon, Ga., about 13 miles northwest of Savannah—that works out to about 10 garden apartments per acre. The community includes a two-acre lake, a swimming pool, fitness center, dog park, business center and outdoor theater. The apartments range from 575-sq.-ft. studios to 1,371-sq.-ft. three-bedroom apartments.

The finishes and amenities meet or exceed those of the best luxury rental communities in the market, according to Panther. Apartments feature private entries, garages, full-size washer/dryer connections, private balconies or terraces, ni9-ft.ceilings and walk-in closets.

“The property is at the top of its sub-market,” says David R. Masse, principal for Panther Properties.