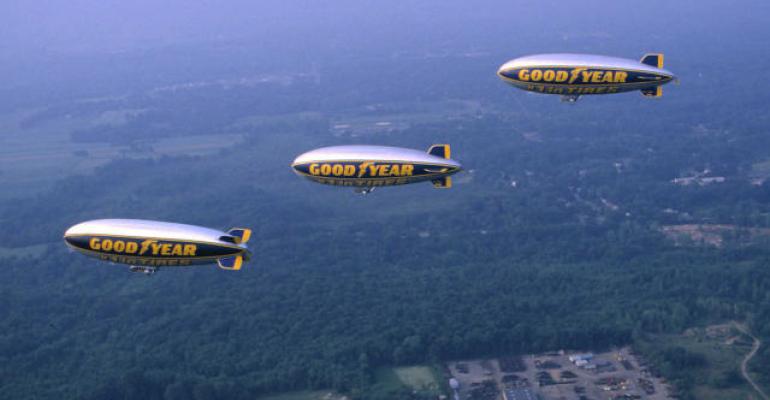 From Goodyear’s new Akron, Ohio, headquarters' parking deck, you can see the empty land where the world headquarters of General Tire once stood. That building was razed when the company moved south. The late 1980s and early 1990s saw other rubber companies exit the city.

But their research and work with polymers remained in Akron. And Goodyear Chairman Richard Kramer now calls Akron the “Innovation Capital,” as he noted at the facility's opening, which is something Lt. Gov. Mary Taylor, an Akron native, appreciated. “Goodyear is an innovative company and you look at so many companies in the area, what the University of Akron is doing, innovative new technologies,” she said at the new headquarters’ grand opening on May 9, 2013. “That’s probably an appropriate title.”

The new headquarters was built adjacent to the company’s technical center on what used to be called Martha Avenue. Now, it's called Innovation Way. The state, county and city all helped Goodyear with tax breaks and other incentives.