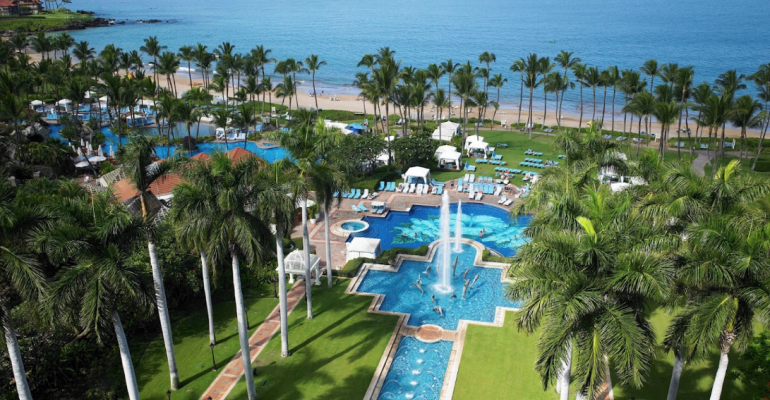 Blackstone Is Said to Reach $1.1 Billion Deal for Maui Resort

The transaction would be the second-largest deal for a single hotel in the United States.

(Bloomberg)—Blackstone Group LP reached an agreement to acquire a luxury resort on the Hawaiian island of Maui for about $1.1 billion, according to a person with knowledge of the deal.

The private equity firm plans to buy Grand Wailea from GIC Pte, Singapore’s sovereign wealth fund, said the person, who asked not to be identified because the purchase hasn’t been made public. Representatives for Blackstone and GIC declined to comment.

The transaction would be the second-largest deal for a single hotel in the U.S. The record was set by China’s Anbang Insurance Group Co., which bought Manhattan’s Waldorf Astoria from Hilton Worldwide Holdings Inc. for $1.95 billion almost three years ago.

The 780-room Wailea, branded as a Waldorf Astoria resort and managed by Hilton, spans 40 acres (12 hectares) on the southwest shore of Maui. The property has three restaurants, a spa and multiple pools, including a 770,000-gallon swimming area.

The deal was first reported earlier today by the newsletter Real Estate Alert. Peter Grauer, chairman of Bloomberg LP, is a non-executive director at Blackstone.