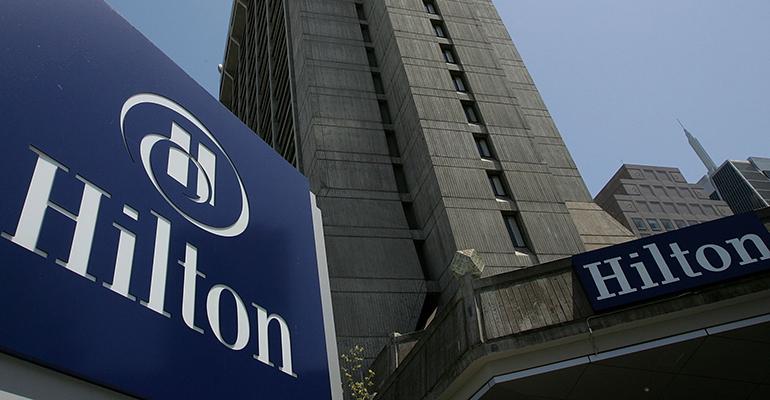 HNA's Purge of Hilton Spinoffs Triggers Talk of What's Next

If HNA were to sell its Hilton ownership, it would bank a hefty profit.

(Bloomberg)—Troubled Chinese conglomerate HNA Group Co. has sold out of two Hilton-related companies so far this month. Now, investors are wondering whether Hilton Worldwide Holdings Inc. is next.

To help reduce one of the biggest debt loads in China, HNA purged its ownership in Park Hotels & Resorts Inc. earlier this month, and sold its 25 percent interest in timeshare business Hilton Grand Vacations Inc. on Wednesday for $1.1. billion. In both cases, the Chinese firm found a way to amend restrictions that kept the stock tied up until next year, leading to speculation that a similar allowance could be made for HNA’s 26 percent stake in Hilton Worldwide.

“There is a growing expectation among investors that HNA could soon look to sell its shares in Hilton,” Michael Bellisario, a senior research analyst at Robert W. Baird & Co., said in an email. A deal announcement could drag Hilton’s stock down initially, but ultimately “removing the overhang would be a positive and we expect that to translate into a higher stock price over time.”

Hilton Chief Executive Officer Christopher Nassetta has been facing questions about HNA -- the hotel company’s largest shareholder -- since the Chinese government started cracking down on overseas dealmaking last year. HNA quickly reversed a buying binge that added tens of billions of dollars in assets, reducing its stake in firms including Deutsche Bank AG and selling properties in London, Sydney and Hong Kong before starting to shed its shares in the two Hilton firms.

“It’s been a question that we’ve had from lots of investors,” Nassetta said in a March 5 interview on Bloomberg Television. “It will eventually resolve itself, and in the interim it does create a little bit of uncertainty, and there’s not a whole heck of a lot that I can do about it.”

Spokesmen for Hilton and HNA Group declined to comment.

HNA acquired shares in Hilton and its two spinoffs, Park Hotels and Hilton Grand Vacations, about a year ago. The Chinese firm paid Blackstone Group LP $6.5 billion in a deal that was then viewed positively for reducing the stake of a large shareholder that planned to eventually sell the hotel company’s stock.

HNA would still need Hilton to agree to a share sale. On a call with investors last month, Hilton Chief Financial Officer Kevin Jacobs said the company had an agreement with HNA that “contains protections for shareholders.”

If HNA were to sell its Hilton ownership, it would bank a hefty profit. The shares HNA bought from Blackstone were valued at $6.7 billion at the close of trading on Wednesday. The Chinese company paid $4.5 billion for the stock.

HNA cashed in its Hilton Grand Vacation investment for 90 percent above what HNA originally paid. The company just about broke even on Park Hotels, which owns properties including the Hilton San Francisco Union Square and the New York Hilton Midtown.

While shares in Park Hotels fell by as much as 6.6 percent the day after HNA disclosed its intent to sell, the stock has since recovered. Shares in Hilton Grand Vacations fell as much 6.2 percent Thursday morning, their biggest intraday decline since the shares began trading in December 2016.

Big secondary offerings like the sale by HNA “can put near-term pressure on a company’s stock price,” said Lukas Hartwich, senior analyst at Green Street Advisors LLC. But the share price tends to correct itself quickly and can have the added benefit of eliminating investor concern, he said.