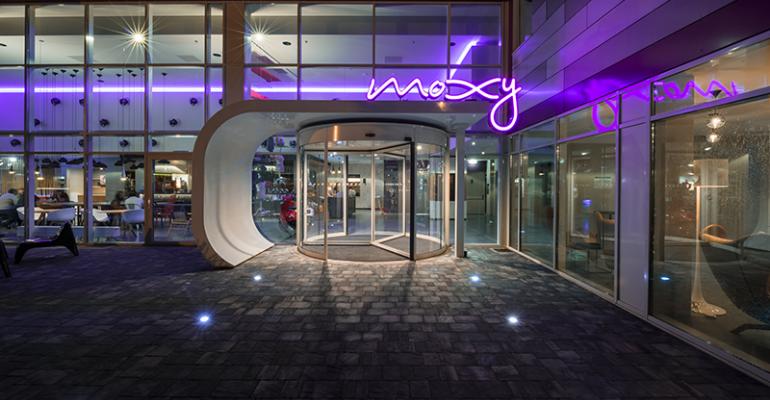 The needs of Millennials are taking over the mindset of nearly every business owner, and that now includes hotels.

Where the 1980s had the “yuppies” that reflected the nation’s materialism, today’s millennials epitomize new urban-but-environmentally-conscious consumers: young professionals who live on their smartphones, eat healthy food and admire, rather than scorn, electric-powered cars. And large hospitality firms, flush with cash after making it through the recession, are all trying to gain this new customer as a returning guest with new brand launches.

According to executives with chains such as Marriott, Hilton and Hyatt, Millennials want smaller rooms but bigger lobbies, healthier snack offerings instead of full-service restaurants and smart everything, from reservation set-ups to televisions and room keys. Also, showing local flavor is “in,” with many of the new brands such as Marriott’s Moxy and AC Hotels, the Hyatt Centric brand and Hilton’s Canopy hotels, featuring collaborations with local artists and local styles in their designs.

“Millennials, the fastest-growing group of travelers, are looking for personalized experiences,” says Toni Stoeckl, vice president with Marriott International’s lifestyle brands division. “They’re looking for well-designed space that is still affordable, while at the same time features the latest technology and plenty of social spaces that blend work and play.”

Marriott’s new Moxy brand, for instance, is sacrificing room size—an average room is less than 200 sq. ft. and features items such as a desk and chair that fold down from the wall—for modern amenities such as glittering lobbies and trendy tapas bars. The firm’s AC Hotel chain is also designed to appeal to Millennials, offering outdoor patios, cocktail lounges and breakfast facilities that serve croissants and egg tarts. The Hyatt Centric and Hilton’s Canopy and Curio brands offer similar amenities, as well as a strong local design focus and a dedication to smart technology, such as Bluetooth-enabled TVs and “artisan” breakfasts.

Gregory LaBerge, national director with Marcus & Millichap’s national hospitality group, says the firms can make these bets because of the strengthening economy and strong hotel fundamentals. Higher occupancy and room demand has increased revenue per room (RevPAR) by almost 8 percent by mid-year 2015, according to LaBerge’s recently released report on the industry. He says investors are drawn to the hotel sector’s extended run of performance improvements, as RevPAR has grown for more than 60 consecutive months through the first quarter of this year. Occupancy is expected to hit a new record of 65.2 percent this year, according to a recent report by LaBerge, exceeding the record hit 20 years ago.

However, LaBerge notes he’s not sure if the new brands will be a hit anytime soon. Millennials aren’t supposed to really hit their stride as a spending powerhouse until 2020. Guests today may still prefer the standard large desk and chair to a fold-down table, LaBerge says, though he admits he enjoys technology advances that allow for advance room booking from a smartphone. He says he applauds the chains for trying to stay ahead of the curve with new brands, but hopes they’re not just all blindly following each other.

“A property owner/operator has to consider what’s best for their property, not just jump in the pool because everyone else is,” LaBerge says. “For example, if you’ve got to spend $200,000 to reconfigure your lobby to account for the prospect of Millennials that may not show up at your hotel for five years, that’s not something that can provide you anywhere near an immediate return on investment.”