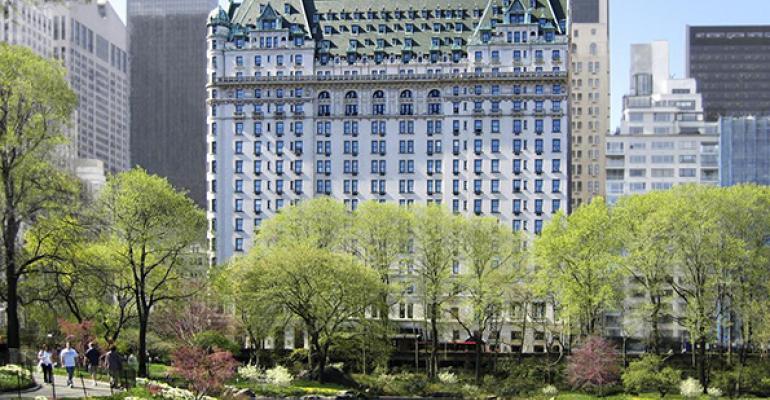 Here are some hotel companies caught up in shifting political winds globally.

(Bloomberg)—Hotels used to be gauged by the campaign strategy that won the presidency for Bill Clinton: it’s the economy, stupid. Nowadays, politics may determine their future.

The latest upheaval came with the arrest over the weekend of billionaire Saudi Prince Alwaleed bin Talal, whose Kingdom Holding Co. is co-owner of Four Seasons Hotels Ltd. and New York’s Plaza Hotel.

Here are some hotel companies caught up in shifting political winds globally:

Prince Alwaleed, a prolific and longtime investor in luxury hotels and management companies, was detained on Saturday, one of several family members caught up in  moves by Saudi Arabia’s King Salman to clear any remaining obstacles to his son, Crown Prince  Mohammed bin Salman, ascending to the throne.

Alwaleed and Bill Gates’s Cascade Investment LLC teamed up a decade ago to take Four Seasons private for about $3.8 billion. Kingdom Holding and Cascade each own 47.5 percent, and a holding company for Four Seasons founder Isadore Sharp owns 5 percent.

Four Seasons said the Saudi matter doesn’t affect the company’s day-to-day operations. “It is business as usual,” it said in a statement. Kingdom Holding shares have fallen more than 21 percent this week.

Five months ago, another high-profile arrest, in China, of Anbang Insurance Group Co. Chairman Wu Xiaohui, raised doubts about whether Anbang would proceed with its plan to convert Manhattan’s landmark Waldorf Astoria hotel into luxury condominiums. The renovation is set to begin later this year, and any delay could affect hotel operator Hilton Worldwide Holdings Inc., which earned about $7.3 million in fees last year from the Waldorf. Hilton has been 25 percent owned by Chinese conglomerate HNA Group Co. since March.

Wu’s detention also raised questions about the future of Anbang’s Strategic Hotels unit, which it bought last year for about $5.5 billion. Strategic owns 15 resorts and hotels around the country, including the JW Marriott Essex House in New York and Westin St. Francis in San Francisco. Since last year, several executives have left Strategic, including its former chief executive officer, and weren’t replaced.

“What an amazing turn of events in both China and Saudi Arabia,” said Tom Baker, a corporate managing director at brokerage Savills Studley in suburban Washington. “I don’t think” Secretary of State “ Rex Tillerson would know what all this means.”

The U.S. presidential election a year ago -- and the surprise victory of hotel owner Donald Trump -- ushered in an era of politics over economics in hotel occupancy. His Washington property was a constant backdrop for campaign events and it got an immediate boost as political and business types, domestic and international, flocked to the Pennsylvania Avenue property after the election.

Since then, the administration’s efforts to impose a travel ban against some Muslim-majority nations and Trump’s divisive rhetoric has driven others from his properties. Eleven of 12 National Basketball Association teams that had previously stayed at the Trump SoHo in New York for local games now refuse to stay there, the Washington Post reported in October.

Some corporate groups are picking Canada for their meetings over the U.S., Arne Sorenson, CEO of Marriott International Inc., said last week in an interview in Toronto.

“At the moment, there’s a perception around the world that the U.S. is a little less welcoming than it was in the past,” Sorenson said.

In Saudi Arabia, Alwaleed and other Saudi princes are believed to be held at the five-star Riyadh Ritz-Carlton, which is owned by the Saudi government and operated by Marriott. A hotel employee who answered the phone cited “an unforeseen booking by local authorities” and said Marriott was assessing the situation.

Marriott declined to comment on the hotel, citing guest privacy. A message on the Ritz-Carlton’s website read: “Due to unforeseen circumstances, the hotel’s internet and telephone lines are currently disconnected until further notice.”