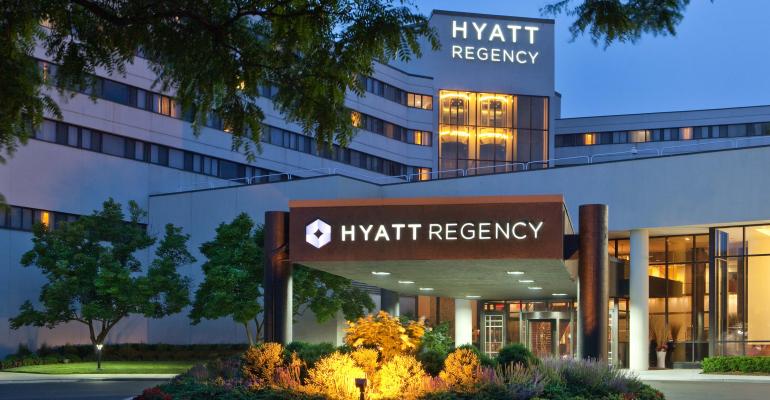 Hyatt has increased its investment in lifestyle hotel brands, while trying to reduce its owned real estate.

Hyatt plans to create a dedicated lifestyle division after the deal’s completion later this year, combining brands such as Andaz and Hyatt Centric with Two Roads’ flags, including Thompson Hotels and Alila Hotels & Resorts. Hyatt plans to invest as much as $120 million in Two Roads after the closing, according to a statement announcing the acquisition.

“It’s very consistent with our strategy, which is to maximize our core business and extend our brand for the benefit of World of Hyatt members,” Chief Executive Officer Mark Hoplamazian said in an interview. Two Roads’ brands “are positioned at the high end of their respective segments, same as Hyatt. They’re clearly attracting higher-end travelers, which is very consistent with our customer base.”

Hyatt is attempting to increase the number of aspirational hotels on its booking platform while also reducing its property holdings. In February, the company agreed to sell three properties, including the Andaz Maui at Wailea Resort, to Host Hotels & Resorts Inc. for $1 billion. In August, it announced a partnership with Small Luxury Hotels of the World, adding a collection of 500 independent hotels to the World of Hyatt loyalty program.

In Two Roads, Hyatt is getting management contracts for more than 85 properties in eight countries, including 23 markets in which the company doesn’t have an existing presence. Two Roads, formed through the 2016 merger of Lowe Enterprises’ Destination Hotels and Geolo Capital’s Commune Hotel & Resorts, has another 35 properties in its development pipeline, Hoplamazian said. Geolo’s co-founder is John Pritzker, son of Hyatt founder Jay Pritzker.

Hyatt also announced that Chief Financial Officer Patrick Grismer will leave the company on Nov. 2 to become CFO at Starbucks Corp. He will be replaced by Joan Bottarini, who is currently senior vice president of finance for the Americas at Hyatt.