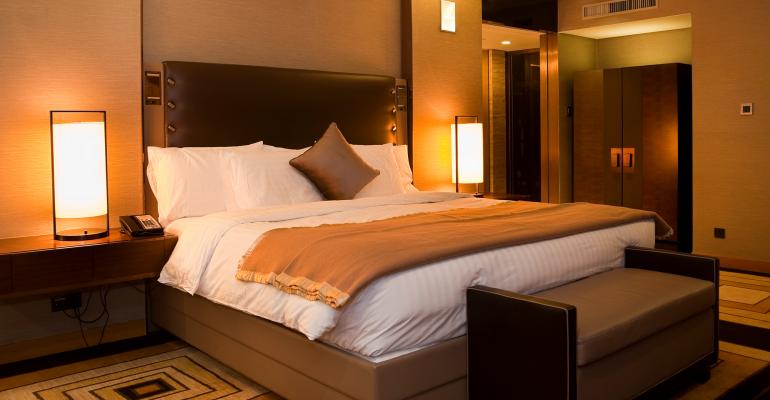 Independent Hotels Band Together to Keep Giants at Bay

A group of independent hotel owners led by Pebblebrook Hotel Trust is launching a new company that aims to reduce their costs.

(Bloomberg)—A group of independent hotel owners is forming a “rebel alliance” to survive the pandemic and prevent their properties from getting swallowed up by the likes of Marriott International Inc. and Hilton Worldwide Holdings Inc.

The group, led by Pebblebrook Hotel Trust, is launching Curator Hotel & Resort Collection, a new company that aims to reduce costs on everything from bed linens to credit card processing. The move comes during the worst year in the history of the modern lodging industry, as spiking Covid-19 cases threaten to squash a modest travel rebound.

“We’re trying to give owners and operators of independent lifestyle properties an alternative to selling out their businesses or becoming more commoditized by joining with a major brand,” Pebblebrook Chief Executive Officer Jon Bortz said in an interview. “We want to do it in a way that gives them all the flexibility to be the rebels they want to be.”

Companies like Marriott, Hilton and Hyatt Hotels Corp. own very little real estate, and they make much of their profits by licensing brands and providing services to property investors, who agree to comply with certain standards as part of the deal. In downturns, they focus on recruiting owners of existing hotels -- dangling so-called soft brands that let owners join the larger network without going through a wholesale makeover.

“Conversions as a percentage of our openings were highest coming out of the Great Recession,” Marriott CEO Arne Sorenson said on a recent earnings call. “We would expect conversion activity to increase, certainly in terms of discussion, starting now.”

This year through September, occupancy at U.S. hotels was below 45% on average, down from 68% during the same period of 2019, according to lodging-data firm STR. The pandemic has landed hard on urban hotels, which depend on a combination of business travel and leisure guests who come to sample local restaurants and cultural institutions.

Pebblebrook, whose 53 properties include the Viceroy Santa Monica Hotel and the Paradise Point Resort in San Diego, has seen its shares plummet 33% since the beginning of the year, in line with a Bloomberg index of real estate investment trusts that own hotels. While lodging stocks have rallied on recent vaccine news, industry projections estimate that a full recovery is at least three years off. Pebblebrook shares gained 4.7% on Tuesday amid a run-up in hotel stocks.

Bortz said his company began developing the plan after outbidding Blackstone Group Inc. to acquire LaSalle Hotel Properties in 2018. The $5.2 billion deal made Pebblebrook the largest U.S. owner of independent lifestyle hotels, giving it scale to negotiate savings with a variety of vendors.

Curator will aim to provide similar savings to other hotel owners, charging fees that are roughly 15% of what big brand companies demand, and offering short-term contracts that give owners freedom to exit the program after 12 months.