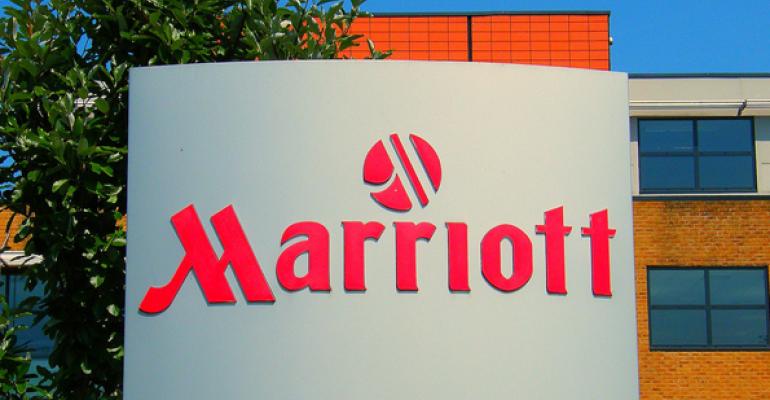 Marriott Is Said to Expand Home-Sharing to Counter Airbnb

Marriott plans to launch a U.S. home-sharing business next month.

(Bloomberg)—Marriott International Inc. is expanding its home-sharing business to the U.S. as Airbnb Inc. diversifies its own business ahead of an expected initial public offering.

The world’s largest hotel company plans to launch the U.S. home-sharing offering in May, according to a person with knowledge of the matter, who asked not to be identified before a formal announcement is made. Marriott, which declined to comment, already operates a home-sharing business in a handful of European cities, including London, Paris and Rome.

Marriott’s shares were little changed at $136.56 as of 9:31 a.m. New York time. The shares have jumped 26 percent this year through Friday.

Home-sharing has been a hotly debated subject in the lodging industry as Airbnb has grown from scrappy upstart to a global giant whose private market valuation of $31 billion makes it bigger than most publicly traded hotel companies. Lately, Airbnb has been using its heft to expand into new parts of the hospitality business, including a partnership with New York-based developer RXR Realty to open luxury lodgings in iconic buildings, including 75 Rockefeller Plaza.

In some corners of the industry, Airbnb is viewed as a fearsome competitor with a large, diverse stock of offerings -- and a reputation for flouting hotel taxes and local regulations. After Airbnb agreed to buy hotel-listing startup HotelTonight in March, the head of the American Hotel and Lodging Association fired off a statement demanding that the home-sharing company be regulated like the trade group’s members.

“Many of their customers are choosing to stay with them for one reason only, and that’s because they’re cheap,” Sorenson said in a recent interview with David Rubenstein for Bloomberg Television. “We’re not really in the bottom part of the market -- our business is never going to be to provide the cheapest stay.”

Sorenson’s company took an early step into the home-sharing business last May, when it launched a pilot program in London that Sorenson said would offer a “ better product” compared with existing options. The company expanded to a handful of other cities in a bid to combine the home-sharing format -- which appeals to families and other groups -- with the company’s loyalty program and expertise in managing hotels.

“Imitation is the sincerest form of flattery, and we welcome them to the party and wish them bon voyage,” said Airbnb spokesman Chris Lehane.

Marriott isn’t the only traditional hospitality company to eye home-sharing. Hyatt Hotels Corp. made a strategic investment in startup Oasis Collections in 2017 in an early bid to offer hotel loyalty program members the option to spend points on home-rentals. That move followed Accor SA’s 2016 acquisition of luxury-rental company Onefinestay.