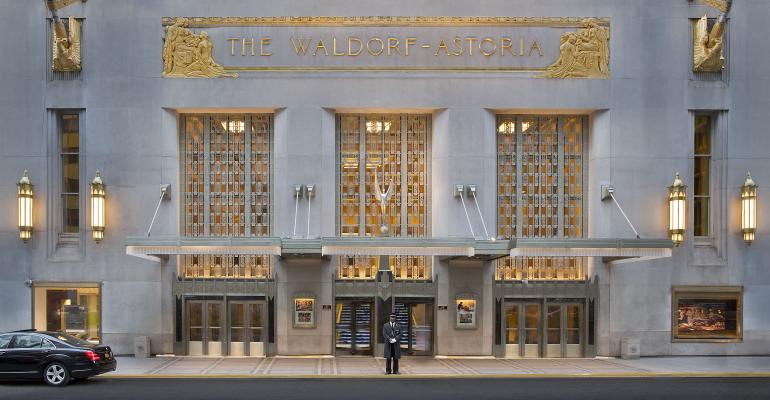 (Bloomberg)—New York’s landmark Waldorf Astoria hotel is scheduled to close in spring 2017 so owner Anbang Insurance Group Co. can begin converting most of the more than 1,400 rooms to luxury condominiums, said a person with knowledge of the plans.

The luxury hotel, managed by Hilton Worldwide Holdings Inc., is set to reopen as many as three years later, with about 300 to 500 hotel rooms remaining, said the person, who asked not to be identified because the plans aren’t public.

“We are currently developing conceptual plans and will share additional details once those plans are finalized,” Anbang, based in Beijing, said in an e-mailed statement. The scope and details of the renovation, as well as the exact timing and duration of the hotel’s closure, haven’t been decided, the company said.

News of the planned spring closing was reported earlier Sunday by the Wall Street Journal. Hilton referred questions to Anbang.

Anbang bought the Waldorf Astoria, an Art Deco icon on Park Avenue, in February 2015 for $1.95 billion, a record price for a U.S. hotel, and has said it plans to convert most of the property to luxury condos.