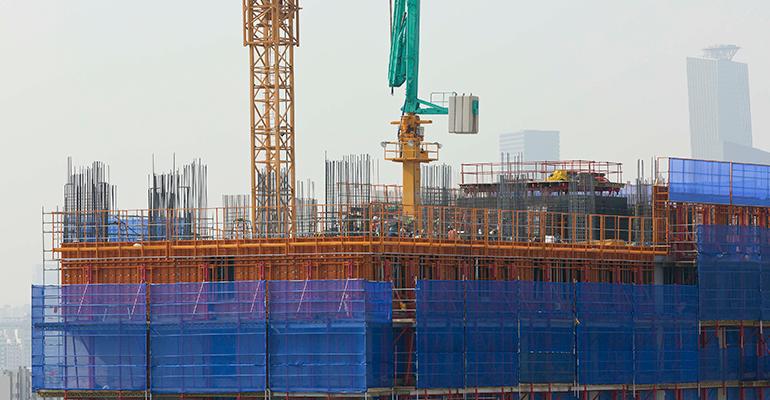 Because of that strong demand, room rates continue to rise and more hotel rooms have been occupied over the last year than ever, filling up the new hotel properties that developers continue to open in cities across the country.

However, the pipeline of new hotels in development and pre-development is growing more slowly than during previous years.

Even with all the new construction, developers are not building as many new hotel rooms during this boom as they did during prior booms.

“The amount of supply set to deliver over the next four quarters is relatively low compared to most previous cycles,” says Jeff Myers, managing consultant for CoStar Portfolio Strategy. The latest surge in development is likely to increase the inventory of hotel rooms by 2.1 percent over the next 12 months. That’s less than half of the 4.3 percent growth that happened during the busiest 12 months in the mid-1990s.

“I am still surprised that the amount of construction taking place is relatively modest, given how strong fundamentals are,” says Myers.

The demand for hotel rooms continues to grow, easily soaking up the flood of new rooms. The percentage of occupied rooms averaged 72.4 percent over the 12 months that ended in the second quarter of 2017, according to CoStar.

“Room demand is at an all-time high,” says Freitag. “The U.S hotel industry—through August—has sold more rooms than ever before.” Demand is expected to continue to grow in 2017 and 2018. That’s because the U.S. economy is still relatively strong. “As long as the U.S. gross domestic product is in the 2-percent range, we do not see growth slowing down,” Freitag notes.

Healthy corporate profits continue to create demand for business travel. And because unemployment is relatively low and the purchasing power of many families is strong, consumers continue to travel for leisure. The damage created by Hurricanes Harvey and Irma also inflated the demand for hotel rooms in Texas and Florida, as people whose homes were damaged needed to find other places to stay.

“These are places in which demand has typically handily outpaced new construction during the recovery and occupancies are at or near record highs,” says Myers.

For example, the percentage of occupied hotel rooms in Denver has typically averaged around 65 percent over most 12-month periods. The 12-month occupancy rate in Denver is now at over 80 percent, according to CoStar.