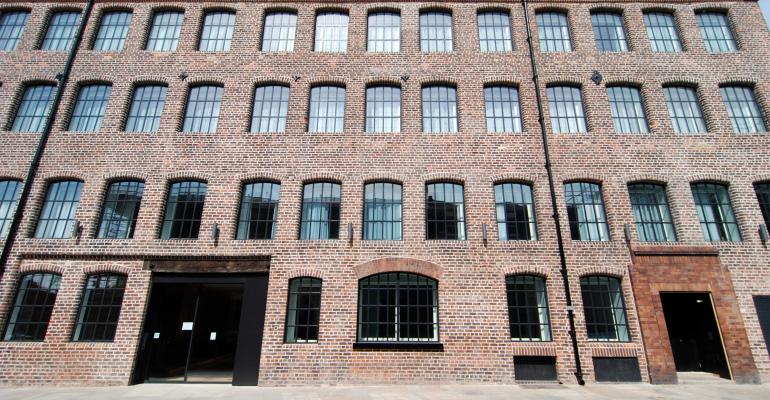 With high demand for virtually every commercial property type at this point in the cycle, there is increased competition for available sites. In some markets, technology companies and multifamily developers are stealing away sites from new industrial users who need to locate close to population centers.

Currently, industrial supply isn’t coming close to meeting the appetite from new tenants. The e-commerce boom and port growth have helped shrink industrial vacancy to near zero percent in popular markets. Rents have increased at a record pace, with per-month costs for logistics centers increasing 5.6 percent in the Americas year-over-year, according to a recent report from real estate services firm CBRE.

“Developers are building and delivering more logistics buildings but the supply can’t keep up with demand,” said David Egan, CBRE’s head of industrial and logistics research for the Americas, in a recent report. “Therefore, industrial occupiers should expect to see rents rising for a while longer.”

Tech office users prefer the wide, flex-type industrial sites, and thus industrial owners and developers are often priced out of the rare sites available in primary markets today. San Francisco’s industrial market has had the strongest competition with “creative” office product. The small market has a vacancy rate of 3.0 percent and no planned construction. As a result, rents have increased by $1.74 per sq. ft. year-over-year, and the market recorded the highest average asking triple net rent in the country in the first quarter, at $16.28 per sq. ft., according to a recent Avison Young report.

The San Francisco market is also experience the most intense demand for office space in the U.S., pitting the office and industrial sectors against each other. As offices command even higher prices, industrial market participants have asked city officials for assistance to keep building owners from breaking zoning rules. The city investigated more than 100 cases of industrial space being leased for office use in 2015, and is looking at another 20 cases this year. Local brokers are being told to enforce Production, Design and Repair (PDR) zones when owners are being caught with tenants putting up computer desks and cubicles instead of industrial uses.

Markets on the East Coast are also feeling the low vacancy pinch. The northern and central New Jersey industrial markets remain one of the most active industrial hubs in the country, with retailers and third-party logistics operators looking at the area to reduce delivery times and transportation costs to the East Coast, according to a recent report from Lee & Associates. The Long Island market is especially tight for industrial space, with a 3.4 percent vacancy rate and absorption of 1.2 million sq. ft. year-over-year as of the first quarter, with only 500,000 sq. ft. under construction. Nassau County’s vacancy rate stands at 2.7 percent, with virtually no new product coming on-line, according to the Avison Young report.

“Industrial is trying to take their property back, such as the planned warehouse conversion of the 184,000-sq.-ft. Arrow Electronics office building, which had been industrial to begin with,” Stratigos says. “There’s so much displacement of industrial property here, there’s not a lot of options for them to go. They’re looking at moving further into Suffolk County, but they don’t want to be that far from the New York City markets. I’ve had developers for some of the largest landlords tell me that they have such a pent-up demand for industrial that if I can find any buildings to convert, they want to hear about it.”