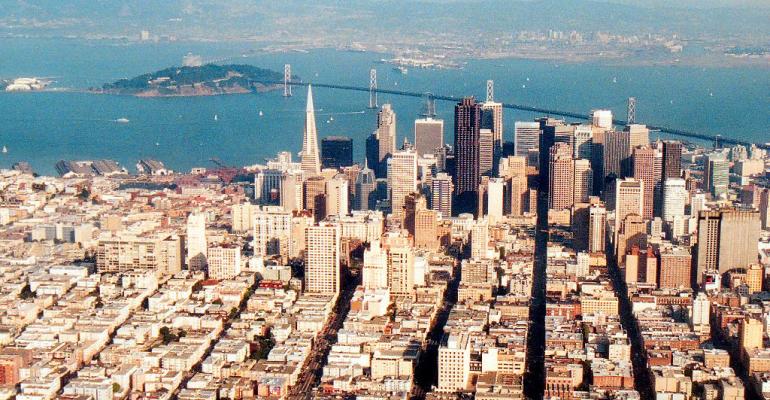 With Demand from Amazon and Facebook, Bay Area Industrial Market Leads the Country in Growth

The greater Bay Area was the best-performing industrial real estate market in the U.S. — and second-ranked globally — for 2018, riding skyrocketing demand in the East Bay to another year of robust rent growth.

With continued strong demand from tenants like Amazon and Facebook, as well as other logistics tenants, developers started construction on spec industrial projects to meet demand.

The Bay Area saw net effective rent growth in the mid-teens, an acceleration from high single-digits in 2017, according to an annual report from real estate logistics company Prologis. The demand from e-commerce and technology companies to bet long-term on the Bay Area remained strong in spite of political and economic uncertainties this winter that threatened to dampen investment.

“Everyone’s looking at each other and asking, ‘Is this the new normal?’” said Kevin Hatcher, senior vice president in Oakland for brokerage firm CBRE, who’s seen consistently strong rent growth the last four years. “The demand isn't going away, we’re just having trouble keeping up with it.”

Hatcher said that industrial space is especially sought after by companies in e-commerce, consumer home furnishing and technology, which need warehouses nearby to serve the high-income and highly educated urban population, making Oakland “at the eye of the storm.” The city had a 1.5 percent vacancy rate in the fourth quarter, according to CBRE. Oakland's industrial rents, for example, hit $11.04 per square foot in the fourth quarter, up from $9.96 per square foot in the second quarter.

Last year was particularly hot for the East Bay market, which saw the beginnings of massive warehouse projects in Richmond and San Leandro. The latter will see more than 500,000 feet of new industrial space open this year.

Just this month, Facebook announced leases of more than 450,000 square feet of industrial space in Newark. Meanwhile, General Electric is making efforts to develop its long-defunct site at 5441 International Blvd. in spite of its history of toxic contamination.

Rents across the country were pushed higher by historically-low market vacancy rates and construction costs rising at their own record clip, according to the Prologis report.

The markets with the strongest fundamentals going forward, the Prologis report said, are those with high barriers to supply and geographic and legislative obstacles — places like the Bay Area, where demand is so high, and untapped lots so few, that development often means first tearing down what’s already there.

“It’s not for the faint of heart,” Hatcher said. Development in the Bay Area takes longer due to construction costs, site availability, and negotiations with engaged local communities. “It takes longer to appease all the stakeholders.”

Despite high barriers to new supply, the Bay Area and other coastal markets continued to outperform inland markets. In addition to the Bay Area, the markets in Southern California, Seattle and the New Jersey - New York area all experienced double digit rent growth.

The report predicted rents would continue to rise in 2019, but at a slower pace. Investors should expect a nationwide trend of low vacancies to continue, along with rising replacement costs and increased scrutiny of the location and quality of sites, according to the report.

Globally, the San Francisco Bay Area finished second in rent growth behind Northern China. The U.S. as a whole outperformed the global average of six percent rent growth, as has been the case the last several years.