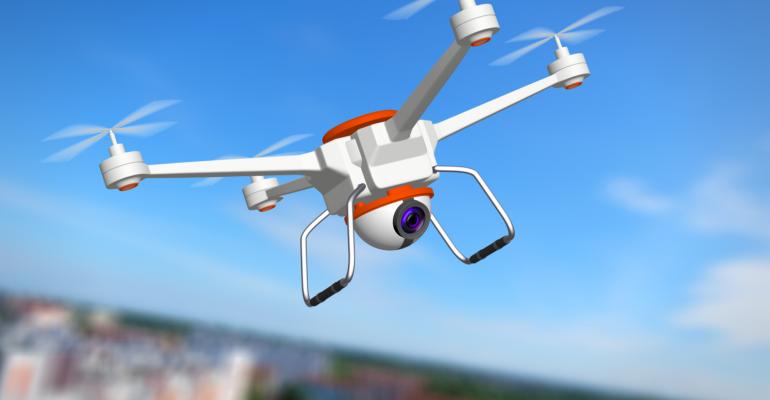 Drone Technology Might Guide the Next CRE Investment Boom

The Association for Unmanned Vehicle Systems International (AUVSI) predicts that drone production will grow to $82.1 billion and more than 100,000 jobs across the country by 2025, assuming that the Federal Aviation Administration (FAA) cooperates. The FAA is still working on complete rules for drones, with full publication not expected until at least next year. Even with full rules not yet in place, the FAA has granted more than 1,000 exceptions that allow current drone use for agricultural, businesses and law enforcement purposes.

Some states are expected to see more investment in drone technology than others, with the differences related to economic support, current regulations and available infrastructure. Drone technology is already in wide use in countries such as Japan, and the U.S. is catching up as the regulations are written. Currently, U.S. drone manufacturing is still at the nascent stage, with research and development handled here and production handled overseas, but the industry is expected to benefit all states as demand expands. California already has $180 million in drone company investment, according to AUVSI. The next top four states for drone development are, in order, Washington, Texas, Florida and Arizona.

“Unmanned aircraft systems into the national airspace system will have tremendous economic and job creation impacts on the aerospace industry and aid in driving economic development in many states across the country,” according to a study published by AUVSI. “Similar to other industries, job growth will stretch into many additional sectors, and the economic growth in the aerospace industry will support the growth in many other businesses across multiple U.S. industries, including the hospitality and entertainment industries.”

In Grand Forks, N.D., a company has opened the first business park solely dedicated to drone manufacturing, testing and operations. Grand Sky Development Co., a subsidiary of Infinity Development Partners LLC, has already signed two leases at Grand Sky, located at Grand Forks Air Force Base. The developers are working to develop 217 acres at the base for commercial use, through an agreement with Grand Forks County, totaling 1.2 million sq. ft. and an expected $300 million in investment.

San Diego-based Northrup Grumman System’s Corp., which was recently awarded a $3.2 billion contract to deliver the large Global Hawk unmanned aircraft for the U.S. Air Force, has agreed to lease at Grand Sky, along with General Atomics Aeronautical Systems Inc. Both companies are expected to build and operate out of up to 100,000 sq. ft. of space, says Jeff Donohoe, a broker with Grand Sky.

“We’re the first drone tech center in the country, with direct access to an FAA test flight site and restricted airspace,” Donohoe says. “We’ve had dozens of inquiries already, including from small companies that might take 5,000 square feet to 10,000 square feet, so we’re considering offers from developers to build a 50,000-square-foot speculative building. Ultimately, we’re looking at 400,000 square feet of runway access property and 800,000 square feet of support space, including data centers, which we think will be a critical component to provide data storage for the aircraft. Just one flight can generate a terabyte or more of data.”

He says in a few years, people should expect that unmanned aircraft will share the skies with commercial jetliners, once the FAA has rules locked in place. Uses will include property management, film production, utility company inspections, oil and gas exploration, disaster management, telecommunication, aerial mapping, weather monitoring and, possibly, delivery by companies such as Amazon. The Department of Defense will also be a big customer, Donohoe says, as current aircraft such as the U-2 spy plane are scrapped in favor of unmanned flight.

“The military currently can’t train their pilots fast enough to meet the projected demand,” he says. “Just now, the consumer demand is booming. There’s a tremendous amount of applications by firms to gain FAA exemptions, and that number is expanded every day. Just within three years at Grand Sky, I think we’ll have 400,000 square feet leased out.”