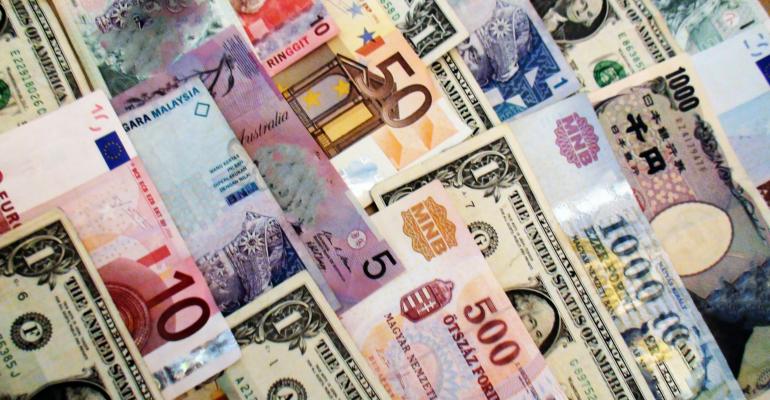 Foreign investors have been moving away from trophy office assets and into industrial plays.

Inflow of foreign capital to U.S. commercial real estate in the first half of 2018 increased 29 percent over the previous year, reports real estate services firm CBRE. But some foreign investors are diversifying away from office assets and gateway markets, according to Mike Kendall, executive managing director of investment services with Colliers International.

“Foreign investors formerly focused on trophy office assets and multifamily, but in recent years have been acquiring industrial portfolios,” he says. “Their interest in industrial started with actively buying up Amazon facilities of up to a million square feet. This is happening for two reasons: it’s an efficient way to get larger amounts of capital out placed, and Amazon has a certain amount of cache and name recognition,” Kendall adds.

Real estate services firm Avison Young reports that foreign capital investment in U.S. industrial real estate through May 2018 topped $6.6 billion, compared to $5.8 billion for all of 2017 and $3.7 billion for 2016.

“The big picture takeaway is aggressive investment activity by foreign investors further reinforces interest in this category of real estate,” Kendall says. He notes that foreign institutional investors have recently been very active buying industrial portfolios due to their need to scale up. “They do large deals to get capital out there, because they don’t have the manpower to do one-off deals,” he notes.

“Given the strength of the U.S. industrial market and U.S. economy in general, it is no surprise that foreign capital is attracted to U.S. industrial assets,” says Alan Pontius, senior vice president and national director of specialty divisions with real estate services firm Marcus & Millichap.

This year, foreign investment in U.S. industrial assets is on course to almost double the combined sales volumes for 2016 and 2017, Pontius notes. Dallas, Los Angeles, Chicago, Atlanta and San Francisco posted the highest industrial transaction velocity during the trailing 12-month period ending the third quarter of 2018, he says, with investors from Singapore and Canada expanding into every major metropolitan area.

“I would expect this trend in industrial demand to continue into next year and beyond, as industrial performance will continue to show strength and provide an attractive yield alternative, when compared to a broad range of investment options,” Pontius adds, contending that this product type offers an outstanding combination of safety and growth characteristics.

This global real estate firm is reportedly now in negotiations on a deal valued at more than $4 billion for Atlanta-based IDI Logistics, a division of Canada’s Brookfield Asset Management, Inc., according to Bloomberg. IDI is a global investor-developer of logistics real estate, with a total of 200 million sq. ft. in its portfolio.

Ivanhoe appears to be getting into industrial real estate earlier in the life cycle of a deal, according to Kendall. He says that the firm recently invested in two ready-to-go industrial sites, entitled for more than 2 million sq. ft. in Southern California’s Inland Empire and hired local developer-seller CapRock Partners to develop the sites on its behalf.

Earlier this year, Canada Pension Plan Investment Board (CPPIB) also formed a joint venture with Alberta Investment Management Corporation (AIMCo) to invest $1 billion of combined equity with WPT Industrial Real Estate Investment Trust to acquire a portfolio of industrial properties in strategic U.S. logistics markets through a value-add and development investment strategy. Each of the Canadian investors has a 45 percent stake in the venture, while the REIT owns the remaining 10 percent.

Kendall notes that since China began restricting capital leaving the country about two years ago, capital from other Asian countries, the Middle East, Canada and Western Europe filled the void, increasing investments in the U.S. industrial market in a big way. As a result, industrial property values rose 16.7 percent in the third quarter of 2018, compared to 2007 peak industrial values, according to CBRE. Kendall attributes the increase to the amount of capital chasing industrial deals and strong, broad-based demand by occupiers.

With demand outpacing new supply, the average cap rate compressed, dropping to a record low of 7.0 percent across all industrial asset classes nationally and to 4.0 percent (and lower) for class- A assets in the top five Western markets, which include Orange County, Calif.; San Francisco; Los Angeles; the Inland Empire and Seattle.

With continued strong absorption, Kendall predicts that this property category will continue to see strong investor demand despite rising interest rates, as industrial transactions are less debt-dependent than other asset classes and tenant demand remains at historic levels. He warns, however, there are some concerns about certain markets, including Dallas and Atlanta, where significant new supply could cause vacancy rates to rise.